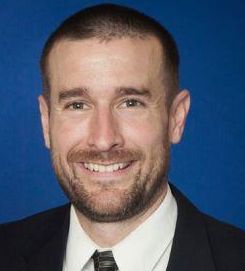 South African Christian groups strongly opposed to homosexuality, including the Evangelical Alliance of South Africa, the Baptist Union of South Africa (Anderson claims to be Baptist) and ChristianView Network http://goo.gl/mRWpXg had already disassociated with Anderson, owing to his previous self-confessed hatred of homosexual people.

The biblical Christian position is to oppose homosexuality, but to lovingly seek to convert such people to Christian faith (1 Corinthians 6:9-11) http://goo.gl/jc64F1.

Anderson, like Donald Trump and Julius Malema, is part of a new generation of attention loving actors who play a reality-TV style game to manipulate the media and internet to grab attention. Unlike Trump and Malema, he actually doesn’t have any real constituency beyond his tiny cult-church. Anderson doesn’t represent the Christian faith any more than Donald Duck — and so doesn’t deserve to be quoted in the news.

Why then is Anderson making headlines? Answer: Because an LGBT activist network is campaigning against him –launched a petition and are phoning up various South African organisations trying to get each to take a public position on the issue.

The LGBT lobby claim to have collected 60 000 signatures to have him banned. Nevertheless, probably only a tiny fraction of these are South Africans. Almost all the signatures came from an international LGBT petition web site with two million https://allout.org/en/members, where the same people sign one petition after another in different countries around the world http://goo.gl/XvpxDB.

Why then has this LGBT activist network wasted so much time campaigning against an irrelevant person with no support, giving him the media profile that he desperately wants? Answer: Because the real agenda of the LGBT activists is to outlaw preaching that homosexuality is a sin. That has been their publicly stated intention since the ‘Gay Rights Charter’ was published in 1992 http://goo.gl/4vAbkp (.pdf copy available on request).

Anderson and the LGBT activists appear to be opposed, but actually, they help each other achieve their objectives. He is a narcissist who wants publicity. They help him get what he wants. They want to destroy religious free speech. He helps them stir up hate towards religious groups opposing homosexuality. So the two sides of the hate agenda help each other — and risk destroying real debate.

Part of that same agenda has been the current lawsuit against Jon Qwelane http://goo.gl/druL5z, their attacks on UCT Student leader Zizipho Pae and evangelist Angus Buchan http://goo.gl/Vfto8J. No credible religious group wants to associate with Steve Anderson, so they start with a case that is not difficult to win. But we can be certain, that the same LGBT groups will continue their attacks against Qwelane and they will be back soon attacking someone else — next time someone engaging in legitimate religious free speech.

Anderson is actually irrelevant without the help of LGBT groups. The real threat is that these LGBT groups want to destroy religious freedom of speech. The government, the media, the Human Rights Commission, church denominations must be careful not to be manipulated into the agenda of these two groups. We have to firmly oppose both sexual sin and hatred against people because of their sin. So, as Jesus predicted in Matthew 24 we face the double threat of false prophets and persecution http://goo.gl/1vV2Oc.