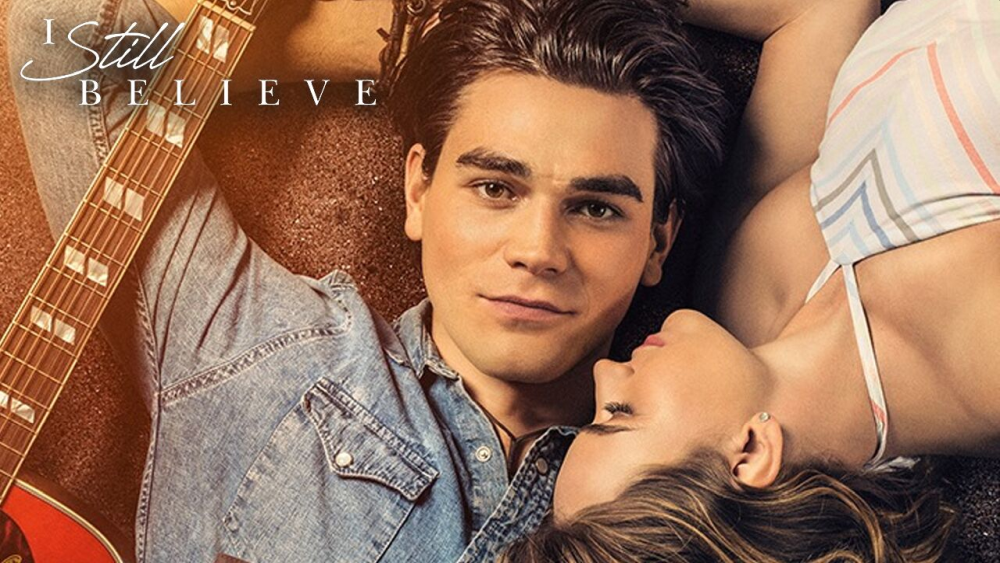 True-life Christian love story, I Still Believe , which tells the story of award-winning Christian singer Jeremy Camp and his first marriage to Melissa Lynn Henning-Camp who died in 2001, less than a year after they were wed, launches in South Africa on Friday March 20.

I Still Believe is named after Camp’s popular song of the same name.

The trailer highlights Camp’s journey to finding love, fame and his enduring faith in the midst of an unexpected tragedy.

In 2003, Camp married Adrienne Liesching, from Port Elizabeth, South Africa, former lead singer for Christina pop-rock band The Benjamin Gate which disbanded in 2003. Jeremy and Adrienne have two daughters and a son.

Yesterday the couple promoted the movie together at Liberty University in Lynchburg, Virginia, USA.

Adrienne opened up to Liberty’s student body about how she has had to battle insecurities throughout their marriage but has encouraged her husband to continue to share his and Melissa’s story.

“If I had fought for being front and center constantly, we wouldn’t be sitting here,” Adrienne said.

Jeremy said Adrienne has been supportive throughout the filming, admitting that he cried on her shoulder at times when the memories from watching his story on film were too painful to journey through alone.

The couple brought their three children to almost every day of the film’s shooting, giving them the opportunity to be impacted by the incredible story of faith through tragedy.

The movie, which releases internationally on March 13,  is an Erwin Brothers production, the same producers behind the blockbuster hit I Can Only Imagine. Jon Erwin, Andrew Erwin and producing partner Kevin Downes are hoping to follow the commercial success of their first biopic made about the life of Christian musician Bart Millard, although they never initially intended to do another film about a musician.

I Still Believe was produced under the Erwin Brothers’ newly-formed studio Kingdom, in association with Lionsgate, and is scheduled for release on March 13. In South Africa it is being promoted by Headlight Media.