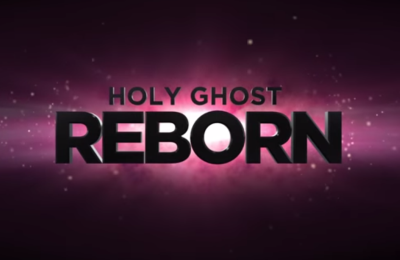 Holy Ghost Reborn, Wanderlust Productions’ sequel to last year’s Holy Ghost, will be screened at special premiere events around the United States from August 15 before its release on October 20.

The feature-length documentary movie includes footage shot in South Africa in January last year when Darren Wilson and his crew filmed in the Nelspruit/Kruger National Park area and in Cape Town (Table Mountain and Cape Point) and Stellenbosch during as part of a 7 months quest to travel the world making a film about the Holy Spirit, led by the Holy Spirit. They gathered so much amazing material that they decided to make two movies; Holy Ghost was first shown to the world at a digital premiere on August 9, 2015.

Wilson’s earlier groundbreaking feature documentaries (Finger of God, Furious Love and Father of Lights) attracted a lot of attention. Speaking about his latest movies in a recent article in Charisma News, Wilson writes:  “Holy Ghost (that’s the first one—Reborn is the sequel) was something new for me and my team. It was a bright fireball in the sky that caused a lot of eyeballs to turn toward it. In the past, my films felt more like movies people found, but this movie felt almost like an event. Maybe the secret ingredient was having rock stars not known for their faith talking about the Holy Spirit, or my claim that the Holy Spirit actually directed this movie, but whatever it was caused quite a commotion, and Holy Ghost was without question the most controversial film of my career. In a sense, that movie was designed to get your attention (apparently, mission accomplished). Reborn, though, as you can probably tell just from the first teaser, is designed to grab your heart in a way films rarely do. This is, without question, the most emotional film I’ve ever made.

“Originally, Holy Ghost was going to be one movie about me traveling the world and trying to film only what I felt the Holy Spirit wanted me to film. But halfway through production I realized that I was going to have enough footage for at least two movies, and the decision was made to split it in half. The only question left was what would the focus be for each film? Would it be a straight chronological split, or would it be a thematic one?

“As I did with the entire process, I presented this to the Lord and waited for an answer. It was swift and clear: grab their attention, then rip their heart out. Holy Ghost angered some people because it showed God moving in ways and through people (and styles) that defied “normal” Christianity. How could someone be in a band as profane as Korn and profess to be a Christian? Why is Lenny Kravitz in your movie? How is what these guys are doing in Salt Lake City any different than the Long Island Medium? The questions and accusations came fast and furious, but so did the stories of people being completely transformed by what they saw. It was a call to be challenged, and some people did not like the idea of being challenged in that particular way.

“Holy Ghost Reborn is in some respects the mirror opposite of Holy Ghost. For one it answers a lot of the questions raised by the first film (Where’s Jesus in all this? Why are they praying twice for healing?). And while there are many parts in Reborn that will stretch your faith and your theology a bit (how about Jesus saving someone who never asked or even agreed to be saved?), for the most part you are going to see God going to the deep places of people’s hearts to love them, heal them and save them.

“Part of what I feel God calling me to be is a forerunner of sorts for Christians in the media, and with every release we hope to push the boundaries a little further for people coming behind us. With Holy Ghost we had over 1 million people tune in for the online launch, and we’re shooting for something even bigger with Reborn.”