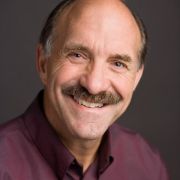 Lou Engle has completely transitioned his life from gathering people to intercede through his TheCall events and is launching a new stadium event with a single focus: to release people to go outside the church into all the world to see a new breed of evangelism for a new worldwide harvest.

Engle has gathered some of the most impactful evangelism and missions organizations with some of the largest reach into nations and industries around the world. They are collaborating for an event that will take place Feb. 23, 2019 at Camping World Stadium in Orlando, Florida. And they are believing for upwards of 60,000 people to come, which would be one of the largest events in history with the focus of commissioning and releasing evangelists to the harvest field.

Though evangelism seems to have taken a backseat among Millennial priorities, the leadership of The Send believes God is going to make it front and center through this powerful gathering—not just for the day, but to instill this value as primary back into the church of America.

I remember spending time with a well-known prophet, Bob Jones, several years before he passed.

We were talking about evangelism, and he told me, “When Billy Graham dies, the mantle that was on his life will cover a generation of evangelists and will bring forth a worldwide revival.”

He talked about the impact Billy Graham was able to have because of his gift and calling being imparted over entire movements.

I relayed this earlier in the year to Engle, and he said, “This is what we are believing for, and this is one of the reasons we are gathering.”

Engle went on to describe that after the years of solemn assemblies and stadium gatherings of fasting and prayer through TheCall, something took place. A group of YWAMers came into his living room and said, “There’s coming a shift to TheCall, and stadiums are going to be filled—not just with fasting and prayer—but with the proclamation of the gospel and signs and wonders, and Billy Graham’s mantle is coming on the nation.”

That prophecy almost seven years ago became a dominating prophecy creating expectancy for a coming shift, in a sense, from TheCall to The Send. Engle and TheCall team had been believing the same thing about Billy Graham: that when he died, something major would take place.

Six years ago, Engle and a team went to Orlando, and he began to prophesy at the Citrus Bowl that a massive sending movement was coming and a Jesus Movement would break out. They began to pray for 80 million souls in America to be saved, and for 200,000 missionaries to be sent.

Earlier this year, Engle was seeking God while traveling.

On Feb. 12, he was reading 2 Kings 2, where Elisha received the mantle of Elijah.

Elisha basically says, “I will not leave you, Elijah, until I get your spirit upon me.”

As he read those words, the Holy Spirit gripped him and he wrote in big letters in his Bible, “BILLY GRAHAM, I WILL NOT LEAVE YOU UNTIL I GET A DOUBLE PORTION OF YOUR SPIRIT ON THE NEXT GENERATION!”

Engle felt as if God was bringing him into a divine prophetic moment and that Billy Graham was about ready to pass. He sensed that the body of Christ was heading to a Jordan crossing, and it would release a double-portion Elisha movement of signs and wonders as sons and daughters would rise up and carry the mantle of Billy Graham.

Then, on February 16, Engle was flying from Hawaii while reading the passage where Elisha says, “Bring me a new bowl” (see 2 Kings 2:20.)

He said “It was like a command shot right into my spirit with the Lord saying, “Bring me a new bowl!” God went on to say: “Whereas before you have seen stadiums filled with fasting and prayer, you are going to see bowls filled with the manifestation of the scroll of Jesus: ‘The Spirit of the Lord is upon me, because the Lord has anointed me to bring good news to the afflicted.'”

With all of this burning in his heart, Engle went to meet with a handful of great young evangelistic leaders: Andy Byrd of YWAM, Daniel Kolenda of Christ for All Nations, Teofilo Hayashi of Dunamis Brazil, Michael Koulianos of Jesus Image, Todd White of Lifestyle Christianity and Bryan Brennt of Circuit Riders—together, with the undergirding of TheCall.

I personally reached out to Andy Byrd, one of the co-sponsors, who is a leader in YWAM (Youth With a Mission) and asked him about this historic collaboration: “There are clear themes developing … the first is the story line of the passion and zeal of Billy Graham (and other fathers/mothers) falling on a whole generation in a way where many are walking in the passion they carried!” Byrd says.

“The second is that out of The Send, we are really believing it will be another piece of catalyzing a Jesus movement across America (the re-evangelization of America) and a massive missions movement to the nations! The whole gathering is an ‘adoption’ movement. To see the church activated in adoptive love to adopt every high school. university, neighborhood and nation! Matthew 9:37: Lord, send laborers, for the harvest field is ripe. He prays it out of his own adoptive love. Great compassion and zeal married together! Sorry, that got long. In simplicity, activate and empower the all to reach the all!” Byrd says.

By having this many of America’s largest evangelism and missions organizations in one place at one time, we are hoping to spark a flame that will bring a passion for salvation that has never been seen on a global level.

This isn’t just an event. We are believing for a before and after moment in time that the stadium where this is being held in will be a container for something new to happen: A heart to see Jesus get His inheritance in our generation through an evangelistic release like our generation hasn’t seen yet.

Shawn Bolz is the host of “Exploring the Prophetic” podcast. Find him online at Bolz Ministries.