Throughout the Bible we see scripture after scripture revealing God’s heart towards children and how He values the little ones, describing them as crowns, rewards, a heritage, a joy, blessings, the greatest, and so on. We are instructed and taught how to raise them, how to teach them, how to discipline them, how to love them and that for their protection and well-being, as the following scriptures reflect. With Child Protection Week (May 29 to June 5 2018) upon us, let’s view some of those verses.

Psalm 127:3 — Children are a heritage from the LORD, offspring a reward from him.

Matthew 18:1-6 — At that time the disciples came to Jesus and asked, “Who, then, is the greatest in the kingdom of heaven?” He called a little child to him, and placed the child among them. And he said: “Truly I tell you, unless you change and become like little children, you will never enter the kingdom of heaven. Therefore, whoever takes the lowly position of this child is the greatest in the kingdom of heaven. And whoever welcomes one such child in my name welcomes me. If anyone causes one of these little ones to stumble, it would be better for them to have a large millstone hung around their neck and to be drowned in the depths of the sea.”

Sadly, the news, research and social media tell a different story! We, as adults are instructed by Jesus to become as little children — spiritually speaking — but instead we see children — naturally speaking — being forced by adults into adulthood long before their time.

How could we possibly protect the children if we do not first preserve the intended and acceptable norms and values of childhood itself? 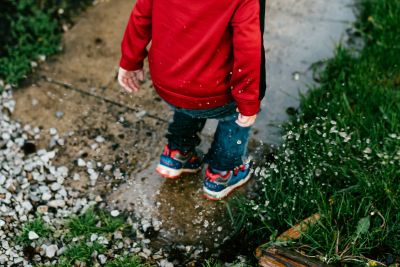 What is childhood?
What did Jesus mean when He said that we should become like children? A few words come to mind: innocent, pure, trusting, dependant, wide-eyed wonder, joyful, care-free, humble, simplistic, hopeful. Is this not how childhood should be? What a wonderful illustration of how we can and should live in relation to our Heavenly Father!

But oh, what a ghastly reality many endure instead!

You may be asking at this point, “What does all of this have to do with Child Trafficking?”

Too often the ignorance and indifference of parents, families and communities, drastically increases the risk of defenceless children being trafficked. When they are trafficked, there is an instant shift from the care-free, wide-eyed wonder they may have once known, to a place where adult duties and behaviour are expected. Nothing could possibly prepare them to withstand the suffering without total devastation to their souls.

These are some of the realities that would be categorised as Child Trafficking: (by definition of the “Prevention and Combating of Trafficking in Persons” Act 7/2013.)

Child labour
Child labour is defined as work that deprives children of their childhood, their potential and their dignity, and that is harmful to their physical and mental development.

According to ILO in 2016: 152 million children are trafficked for labour alone! Half of these victims are African, half are aged between 5 and 11 years and half are used for hazardous labour. The sad reality is that they don’t usually live longer than 5 or 6 years once trafficked, due to physical and sexual abuse as punishment for non-performance, malnutrition, unhygienic living conditions and poisoning from pesticides in the case of agricultural labour. The chocolate, coffee and tobacco industries are the worst culprits responsible for these alarming numbers. 70% of the entire world’s cocoa comes from Africa and is harvested by these children. Children are also used in mining, construction and sweatshops, to name a few, performing duties that are dangerous, dirty and difficult, and with very little or no compensation. 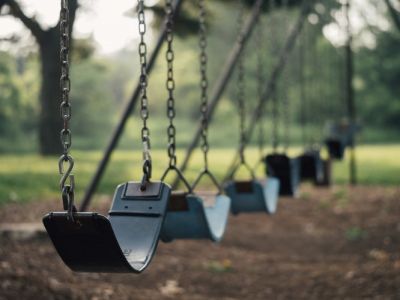 Child marriage
Several cultures around the world promote and practice child marriage, and South Africans are no exception. The perverted practice of Ukuthwala is the abduction and forced marriage of girls, some as young as 8 years old. These little ones are forced to perform duties of sexual and domestic servitude to a husband who may be four or five times her age.

Prostitution, pornography and other forms of sexual exploitation
When I see what I see both on the streets and online — on social media and all over the internet — I can only conclude that children and parents are really ignorant of the beastly nature of traffickers and sexual predators. It is not my intention to create fear or paranoia but I honestly cannot stress enough, the need for parental monitoring of their children’s online activity.

Too often, predators befriend young girls on Facebook and other social media platforms, often by creating false profiles of a girl of similar age for example, and then lure them with trickery, in order to meet them face-to-face. If they succeed, you will likely never see that child again. In some cases, a child may not even leave the house, causing parents to believe that their children are safe, but what is not known is that there are millions of children who have been coerced or threatened or in some way convinced to cooperate with the demands of sexual predators who claim to be a friend on social media platforms. The children are convinced that their webcam communications are private and there is only one person on the “other side of the world” watching her, but the truth is that all activity is usually recorded and then posted on other sites for hundreds of thousands of men to see. This then increases risk of abduction too. In most cases, these predators are well connected to cyber-criminals who are capable of easily hacking computers and smartphones, in order to find precise locations of these children.

Another very disturbing phenomenon that seems to have escalated extensively is the “Blesser”/ “Slay-Queen” craze. This may not resemble the typical trafficking scenario in all cases but many times it has turned into a violent nightmare for Slay-Queens, who cannot find an exit when they realise the dangers they face. They often end up being controlled, much like other trafficking victims and are sold or murdered when their Blessers have lost interest in them. The Blessers will offer girls a high life in exchange for sexual servitude, entirely on their terms. They may buy flashy jewellery, perfume, clothes and shoes, but the higher the offer, the higher the demand. The Slay-Queens in some cases may have been driven by poverty initially, but I strongly believe that the problem runs much deeper than the need to survive. Many children are currently growing up strongly influenced by the “Material Cult” known as Izikhothane, or Skhotane in black communities, with variants of other material pursuits just as prevalent in white communities. This in itself has nothing to do with Human Trafficking but it does create conditioning that increases vulnerability and temptation to pursue wealth above rational. This is what makes children easy targets! 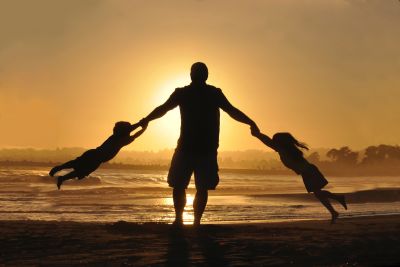 Providers, protectors and defenders of a child’s wellbeing
Parents, teachers and leaders, looking back at the Scriptures above, I appeal to you to return to Godly coaching, where children are not compelled by financial responsibilities or desires, to sell their innocence for any price. Let us foster an environment wherein our children view us as their providers, protectors and defenders of their wellbeing, dependant and carefree, as they should be. Let us raise our children in the knowledge that they are our joy, that they are precious to us and that the Kingdom of God belongs to them. Let us create such an environment of trust and refuge for them, that they would freely disclose to us, any potential enticements or encounters with strangers either online or in person.

For those children who are not within our reach, as well as our own, I ask that we would intercede on their behalves, that our Father for Whom nothing is impossible, would reach into the dark places, deliver them from slavery and encounter them with His love!

Let us allow our children to be children once again!