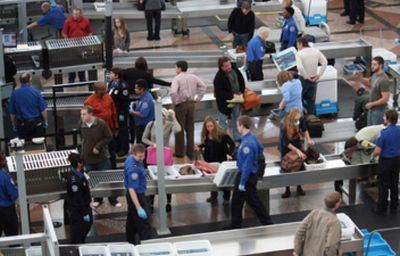 Mule vs Cow
I find it interesting that mules (the animals) are the product of breeding a male donkey with a female horse, with all of the advantages of both parent species. They are intentionally bred to gain size and speed from horses and resilience and longevity from donkeys.

Mules are also cheaper to keep than horses, though more expensive than donkeys but they tend to live much longer than both — up to 50 years or more if well cared for. In fact, this saying is commonly quoted: “One never sees a dead mule.”

Mules have been bred and used for thousands of years in many countries, to travel long distances, across difficult terrain and to carry very heavy loads.

We also all know the phrase, “… as stubborn as a mule.” So mules can be difficult to train because they commonly exercise their right to resist or cooperate with their masters. Nevertheless, they are usually honoured and treated with respect.

Cows on the other hand, are often bred purely to be slaughtered and at a very young age. While they could live naturally for up to 20 years, they usually don’t.

Calves are slaughtered between three and 16 weeks of age; the cows specifically bred for beef are slaughtered at under three years and even dairy cows are killed at around five to six years when their milk productivity slows down.

Cows are forced to meet the demands of their owners or masters. They are forced to produce milk, to breed, to live in poor conditions and then to die.

Cows are not generally honoured or respected and their lives are not valued.

What does all of this have to do with trafficking in persons?

I hope my answer provokes some thought…

HELP SAVE LIFE OF SA MAN ON DEATH ROW

Tyron Lee Coetzee’s family is currently raising money for legal fees to appeal his death sentence in Vietnam.  Evidence points to him being a victim of human trafficking. Any assistance would help as his appeal is fast approaching and the legal costs are exorbitant. More info on Tyron’s case.

The label of “drug mule”
It is so commonly assumed that every person who carries drugs from one country to another is a “drug mule”. This is the label used by society, law enforcement and journalists in almost every case where a person has been caught carrying drugs through airports or other international borders.

It is assumed that every one of these people has exercised their right to resist or cooperate with a kingpin or master and has agreed to travel long distances, carrying heavy loads of drugs, for substantial financial compensation.

Yes, there are many mules out there and this is their function but “One never sees a dead mule!”

These are not usually the people being caught and sentenced to death in foreign countries. These mules are compensated, cared for and protected by the key players and kingpins within enormous drug-trafficking syndicates.

Border officials and law enforcement are often generously paid to look the other way when mules take consignments to other countries. Considering that the illegal drug trade is the largest industry in the world, it is evident that mules are not often stopped.

Those who have been arrested have typically confessed to smuggling drugs as a “career” for many years, having made numerous trips to other countries, carrying significant quantities of drugs.

So, other than bribery and corruption, how do they succeed?

In the human trafficking industry, traffickers use various code words or codenames in their communications with each other. For example: the targeted children aged between 0 and 15 years are called “Hard Candy” and those between 16 and 17 years are called “Jailbait”.

More specifically to human trafficking for the purpose of drug trafficking, the codename used for their decoys is “dead cows.”

This is more than an intentional play on words. This group of people are groomed purely to be set up as decoys and they are usually “slaughtered at a young age”, so to speak.

Unlike mules, the “dead cows” are most often caught after just a few trips abroad, if not on their very first trip.

The quantities of drugs that cows carry are also usually much smaller than that of mules. 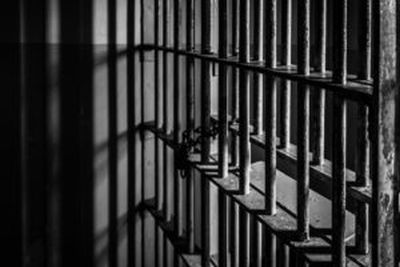 These “sacrificial distractions” have no idea — not before or even after their arrest — that they are there purely to make way for the mules, carrying larger consignments of drugs, to walk through airports, unhindered.

To accomplish this plan, the traffickers deliberately send a tip-off to airport officials, well in advance, naming the cow who would be scheduled to arrive on a certain flight, at a certain time. Then, while airport security, police and sniffer dogs are dealing with this assumed “criminal”, the real drug trafficker follows through with very little risk of being caught.

This in itself is a disturbing reality, but more so in that this method is primarily used where destination countries have the worst prison conditions and where drug trafficking is punishable by death, even for very small quantities.

The injustice of it all is without measure!

“Dead cows”, sex slaves and the justice system
In my mind, sentencing a “dead cow” to death in a foreign prison, far away from their families, is no different than a country’s justice system pretending not to see or protect a sex slave from being murdered.

Essentially, this is “law enforcement” collaborating with the crime bosses rather than enforcing law against them!

The war on drugs and trafficking in persons can never be won by lopping off these dispensable “dead cows” or victims, but needs to be waged against kingpins, to uproot them!

In my research, I have read and heard hundreds of stories told by cows and their loved ones.

Some of them have known that they were carrying drugs but believed they had no alternative but to comply with the demands of these dangerous people, whereas others had no knowledge at all of the drugs being planted in their luggage by someone they loved or had trusted.

“Dead cows” should be equally considered and protected, just as victims of child sexual exploitation or forced labour, etc but instead, they are harshly judged, not only by criminal courts in foreign countries, but by society as well.

On social media and opinion sections of online news articles about cases like these, there are numerous comments like, “Do the crime — do the time!”, “Yes, they deserve to be shot!”, “Let them rot!”, “Their drugs are murderers too so let them hang!”, “How stupid are these %$@#?!”

I know that these comments are written in ignorance but they are also very insensitive to the delicate lives of these “dead cows” and their families, perpetuating the victimisation of victims.

There are so many examples online of situations like these but not every story has received the same publicity.

One may have heard of former Miss South Africa semi-finalist, Vanessa Gooysen, who spent 16 and a half years in prison in Thailand or Nolubabalo “Babsie” Nobanda who is currently serving a 15-year sentence also in a Thai prison, or Janice Linden who was executed in China, but there are many more heart-breaking stories that we don’t hear about.

The case of Tyron
At the end of August 2018, a South African man named Tyron Lee Coetzee was sentenced to death in Vietnam on charges of drug trafficking, but the circumstances surrounding his arrest in 2016 left me curious and convinced that his case merits deeper investigation.

Through my own study of the details, and interviewing of several sources, I found a number of the same typical indicators, presenting Tyron as a victim of trafficking in persons, as we have found in many other cases.

To mention just a few, one indicator, as described earlier, is the fact that this was a targeted arrest, meaning law enforcement were tipped off before he had even arrived at the airport.

The question is, who tipped them off? Traffickers?

If this was Tyron’s own “business”, he would surely have bought his own ticket and most certainly a return ticket rather than a one-way. (Further details may not published due to ongoing investigations.)

Another person tricked by a drug trafficker
During my probing into Tyron’s case, I came across another story of a 30-year old Russian woman, named Maria Dapirka, who was arrested in August 2014 at the same airport as Tyron. She too, had been tricked by a Nigerian drug trafficker.

He pretended to be her boyfriend for long enough for her to trust him, but he betrayed her and planted drugs in her luggage just as she was preparing to board a flight.

In 2015, she was sentenced to death and later, she lost her initial appeal.

In her final appeal, the court was adjourned five times for further investigation but by then, she had already accepted the probability of execution.

I cannot imagine the heartache of her mother, reading these words in a “farewell letter” from her daughter, “Don’t worry about me. I am fine. I am ready for any end. I hope you will manage to visit me. I’ve not seen you for four years. I miss you so much! Please take good care of your health.”

Fortunately for Maria and her family, her death sentence was recently commuted to life imprisonment, but it still seems so unfair that she should spend the rest of her days in the appalling conditions of a Vietnamese prison, because of someone else’s crime against her.

Interestingly, in both Maria’s case and Tyron’s case, none of the named men who supplied the drugs, or who bought the flight tickets, have been investigated by the Vietnamese authorities. I cannot help but wonder why!

There is a common misperception that only the “down and out” are at risk of being trafficked. While it is true that traffickers regularly employ “abuse of vulnerability” (as defined in the PACOTIP Act) as a means to capture victims made vulnerable by poverty or addiction or simply by being a child, it would be a tragic underestimation to think that nobody else is at risk.

In this case, Maria was a keen sportswoman who lived an upright lifestyle, and had no addictions of any kind. She was simply deceived.

I chose to share Tyron’s story not only to make our readers aware and alert to various methods of deceit and coercion used by human traffickers, but also to convey the depths of suffering of these victims, as well as their families.

In Tyron’s case, he is yet to face the appeal procedures in court but there is very little time to prepare a strong defence that could spare his life.

To my knowledge, both Maria and Tyron place their faith in Jesus Christ, but I would like to appeal to the body of Christ to stand in the gap for them, to rise up and pray for both justice and mercy, and for the release of the many victims who are wrongly imprisoned.

Should you wish to support this family by making a donation towards Tyron’s legal cost, please see the link below:

No, this is the kind of fasting I want: Free those who are wrongly imprisoned; lighten the burden of those who work for you. Let the oppressed go free, and remove the chains that bind people. — Isaiah 58:6