This week Gateway News received an email with the subject “Letter to the editor — Parishioners against church lockdowns”.

I read the letter, which points out illogicalities in lockdown regulations regarding church gatherings and raises questions on appropriate church responses to the rules.

We have previously reported on responses to church lockdown regulations by various groups and organisations — but as far as I can recall this was the first time we received a response from an individual.

I was intrigued and decided to call and interview the writer, who had signed her letter “Olga Tshikovhi, Klipheuwel informal Settlement, Durbanville, 7550”

Below is Olga’s letter and a little about her that I gleaned from my chat with her.

I believe that the reasons given for church closures were illogical.

The government said that church gatherings are among the “super-spreader events”. I find that hard to believe, because any event can be a super spreader if protocol is not followed; that includes shopping centres, cinemas, restaurants, and casinos, which at some point, were permitted for trade while churches remained closed.

What makes us think that the same COVID-19 measures, including social distancing and hygiene protocols implemented in these businesses, can’t be practiced at religious institutions – which usually only meet for a few hours a week?

What church leaders and pastors asked for was to minister to their congregants while following COVID-19 protocols; they promised to follow all safety protocols. For the government to shutdown church doors without proper consultation was irrational and uncalled for.

The moment churches were not deemed important enough to stay open, that should have been a wakeup call to all believers. It is interesting to note that there was a clergyman present at every funeral that took place during lockdown. Of course, the pastors had to be available when it suited the authorities.

God’s Word is clear; we are commanded by the Lord to observe a sabbath rest and keep it holy; we are to gather around the Word and receive communion; we are commanded not to give up meeting together; we are commanded to make disciples of all nations, teach, and baptize; to lay hands on and send out missionaries; Elders of the church are to pray over and anoint the sick with oil; we are required to sing together, greet one another, bear one another’s burdens and exercise church discipline.

What should we do if worldly powers interfere with Christ’s clear commands to His Church?

There is a set of rules we will all follow; sometimes they conflict with each other. We just need to decide which to follow.

Three years ago, while Olga was still a newcomer to Cape Town from Pretoria, a friend invited her to attend a service at a church in Klipheuwel, an informal settlement near Durbanville.

She enjoyed the experience and at a subsequent service a visiting preacher from the United States prayed for her to receive Jesus and she says “from that moment everything just changed.” 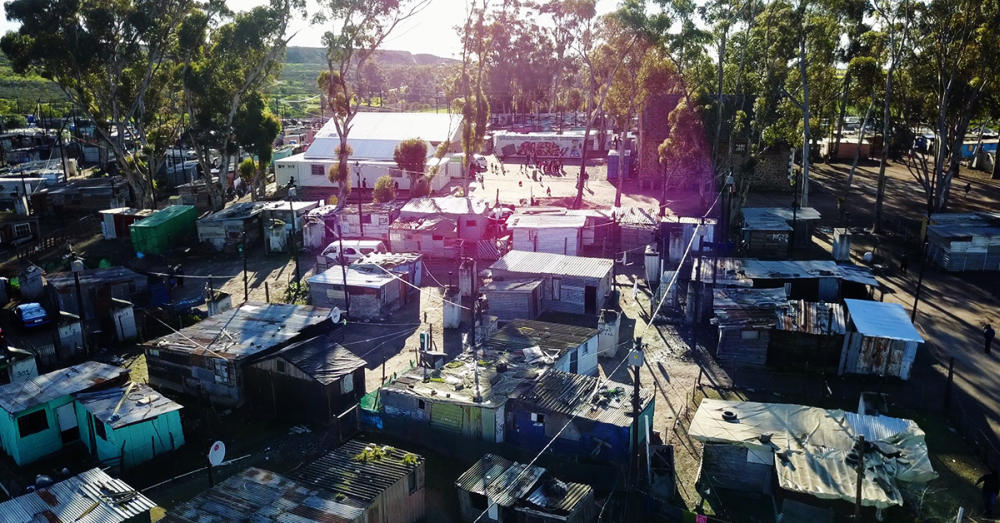 She hadn’t wanted to stay in Klipheuwel but felt compelled to move there after she saw the great need of the people.

She serves in various ministries of the Durbanville Community Church, whose outreaches in the township include the Klipheuwel Church, a pre-school and a soup kitchen. Together with a friend she also runs a safe house they started to serve abused girls, pregnant schoolgirls and other women in crisis.

She says that the closure of churches during lockdown had a major impact on the community where most of the children were going through trauma, and parents had lost their jobs.

There was a huge need for counselling, which could easily have been met had churches been open. “But with the church closed the kids had nobody to speak to except for us in the townships. It was a bit difficult, I’m not qualified to counsel anybody — I need counselling myself.”

She said it was a bit better now with churches allowed to open subject to pandemic regulations. The soup kitchen was feeding many people and the pre-school and counselling were running again. On Sundays she attends a morning service in Durbanville and an evening service in Klipheuwel together with many children and some adults from the community.

“But for how long will the churches be open? Because with the rumours of a third wave they could easily just shut us down again,” she said.