For a very long time in our marriage I did not feel loved by my husband Rico.

The crux of it was I rarely saw him happy.

At first I thought I could “make” him happy.

But no matter what I did he was perpetually sad.

Eventually I came to the conclusion that I was the problem.

I gave up trying and decided instead to focus on what I did have in him, a great father to our children and a husband who I could see was doing everything he knew how to care for us.

There were moments he would laugh — and seemed to be having a good time — but even in those times I knew the mirth would come to an end and the inexplicable sorrow he lived in would return.

I loved him deeply; I still made great effort to be a good wife — but there came a time I felt I needed to shut a part of me away from him.

Then came the morning I visited the South African Anxiety and Depression Group (SADAG). I was there on orientation for a mental health TV Show I was going to host.

During my orientation, I came across a pamphlet on depression.

As I read through the symptoms an enormous light came on — this was what my husband was battling!

That resource explained many things.

I became sorry for how I’d misunderstood and judged my husband for his never ending sadness; I also forgave myself for years of feeling I was the problem.

I wanted to share with Rico what I’d discovered, but I didn’t think telling him would do any good.

Suffering from depression
The information I’d discovered was more for me than it was for him. Because, what I didn’t know at the time was, my husband already knew he suffered from depression.

Much later, when we spoke about it, Rico told me that he’d been to therapy which hadn’t helped; he’d also been on medication which he said had eventually made him feel far worse.

Knowing what I’d learned from SADAG I didn’t know what to do except trust God that somehow He would help my husband.

One day, completely out of the blue, without us ever discussing it, my husband told me that after 40 years of living with depression — he was free from it!

By the time he told me this he said it’d been over a year since God had set him free.

Rico says there are things that still get him down — which is normal if you live on this side of heaven — and yet he tells me that the never-ending, sinking, dreadful, dark, feeling he’d had since he was a child, is gone.

To absolutely make sure the depression was truly gone, my husband told me he’d tried to get depressed again — but try as he might he couldn’t get depressed anymore.

He’d given his life to the Lord many years ago — he’d even gone to Bible School and was an ordained minister of the gospel — and yet he remained in the grip of depression.

He says he’d heard many times that God loved him — but he’d never truly believed it (that is a whole other article). Needless to say Rico credits the teachings of ministers like Joseph Prince whose messages he spent a lot of time listening to.

When my husband would hear of hugely accomplished, even superbly rich, individuals taking their own lives, he understood.

Some may say, “Oh but those people weren’t believers”; but then how do we explain the death of Andrew Stoecklein, a young pastor from the States who took his own life in August of this year?

We can ask the same of cancer, asthma, heart disease, infertility and any other condition we might face.

Through all those conditions God doesn’t judge us. Instead, Rico says it is God’s love and grace that supernaturally healed him of depression. 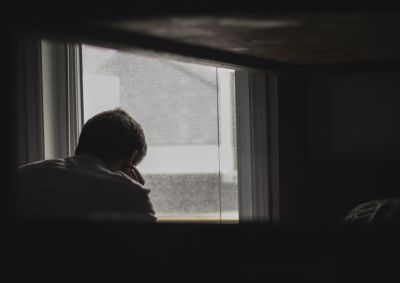 Broken-hearted
Some believe depression is what the Bible calls a broken heart.

The condition of a broken heart is one of the ailments Jesus came to heal (Luke 4:18, KJV).

The Festive Season is known to be a time when the most suicides happen.

For those who may feel that deep, unending, despair that seems heightened during this season, my husband wants you to know that there is no shame in how you feel — Jesus wants to heal your broken heart.

Rico says after 40 years of living with depression he didn’t believe he could be delivered from it — but he was and you can too.

When life feels utterly unbearable there are prayer lines you can call.

Throughout this season we pray that where the temptation of untimely death lurks, God’s love will invade those situations and instead of increased suicides we’ll hear more testimonies of God’s supernatural healing of broken hearts.