1. MOHATTAM GATHERING
On 11 November 2011, more than 70 000 Christians in Egypt joined together in an unprecedented all night prayer meeting in Mohattam, Cairo. This historic event took place in the midst of renewed demonstrations and Coptic Christians facing
increasing persecution from resurgent and previously banned Islamic groups like the Muslim Brotherhood and the Salafists movement.
From a Christian perspective, this event is probably one of the most significant events on the “spiritual” calendar of 2011. The gathering proclaimed three spiritual components needed for the Church to influence society.
1) UNITY – Coptic and Evangelical Christians gathered together for the first time in many years. A previously divided Christian society is moving together as they confess, in unity, their need for a Godly intervention.
2) BROKENESS – AW Tozier once said that it is doubtful whether God can greatly bless a man until He has hurt him deeply. We need to approach the seat of Grace from a position of brokenness to fully understand the work of Christ in our lives, as individuals or as a nation. Egypt is at this place and when 70 000 Christians call out in brokenness, God is sure to respond.
3) BOLDNESS – This was probably one of the boldest declarations of the Gospel of Christ in a Muslim nation that has
been witnessed for a long time. Click here to pray specifically for Egypt.

2. BIRTH OF A REVOLUTION 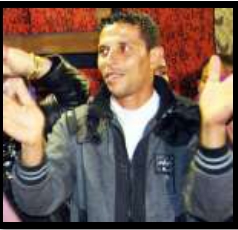 On 17 December 2010, Mohammad Boazizi, a vegetable vendor on the streets of Tunisia, provided the necessary spark for a situation to explode. While burning to death as he set himself alight, the flame of revolution swept across the Arab World, and within a couple of weeks 14 of the 23 nations within the Arab World were engulfed in riots. The Arab World, North Africa and the world will never be the same again.
From a Christian perspective, there are two possible scenarios for Christianity in the Arab World. On the one hand, secular journalists are predicting that the Church in the Arab World is on the verge of disappearing. As extremists take hold of post-revolution countries like Libya and Egypt, which have a significant number of Christians, they believe Christianity will collapse as thousands are fleeing the Arab World in the face of persecution. On the other hand, Christian journalists are speculating about the end of Islam in the region. The most identifiable characteristic of the Arab Spring is the fact that Muslims stood up against their leaders and their governments. Islam is a religion of submission and Arab leaders stayed in power for decades simply because of the fact that within Islam, questioning authority is strictly prohibited. Muslims are now questioning their way of life, and will perhaps soon question their religion. 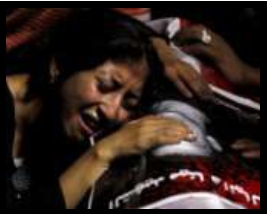 On 10 October 2011, during a peaceful demonstration in Cairo, 27 Coptic Christians were killed and more than 300 injured. Estimates show that Coptic Christians have been persecuted more since the start of the revolution than in all the years during the Mubarak rule. With more than 100 000 Christians fleeing the country, the fate of the Church stands in the balance.
From a Christian perspective, the attacks on Christians have changed from private, isolated incidents to uniformed military attacks. They have changed from sporadic attacks to organised attacks. With an estimated 250 000 Christians having left Egypt by the end of the year, the effect on the Christian witness could be devastating. At the same time, however, this could mean the relocation of the Church in the Arab World, if we understand the effects of persecution according to Acts Chapter 8. Unfortunately, most Arab Christians are fleeing to Europe and America. 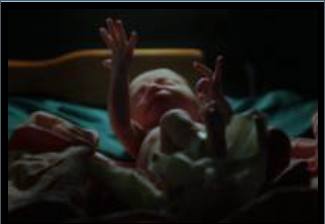 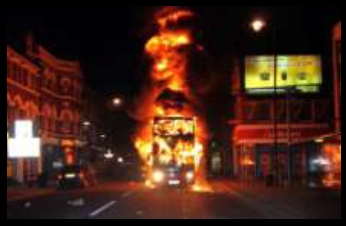 On 6 August 2011, London youth started riots, looting and burning shops as they protested unemployment in the United Kingdom. Five people were killed during the riots and 2 500 shops were looted in Birmingham, Bristol and Liverpool, with fires being set in Clapham, Croydon, Enfield and Peckham. 53% of the looters were under the age of 30.
From a Christian perspective, we are witnessing a generation caught up in a morally collapsed society. There were two common denominators that linked the riots in North Africa and Britain. The first is the fact that the unrests in both regions were sparked by the deaths of young people due to the apparent acts of injustice. The riots in North Africa started with Mohammed Boazizi who set himself alight. The riots in Britain started when Mark Duggan was shot by London’s Scotland Yard. Britain was caught by surprise as youth took to the streets for one of the worst riots in decades. The second common denominator is the use of social media. In 14 Arab nations, literally millions of young people were mobilised within hours of Boazizi’s death through Facebook. In Britain, thousands of young people were drawn together by making use of Blackberry. The deaths of Boazizi and Duggan were, however, not the reasons for the riots. They simply provided the sparks in an already explosive situation. The riots revealed one of the single greatest challenges within the Church in today’s modern society – a “lost generation”. Another noteworthy trend in the British society is the fact that the UK was listed by the Pew Foundation as one of eight countries which saw a substantial increase in restrictions on religious practices. Even though this did not have a direct influence on the riots, it has to be understood that wherever faith disappears, justice disappears. The riots in both the North of Africa and the South of the United Kingdom are clearly outcries for justice.

6. DEATH OF A TYRANT 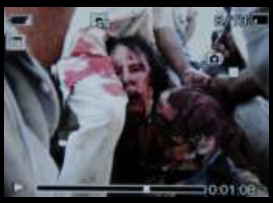 On 20 October 2011, Libyan rebel soldiers captured and killed former Libyan leader, Muammar Gaddafi. In many ways, the death of the Arab Spring coincided with the death of Muammar Gaddafi. However, Syrian leader Assad, in his refusal to step down, keeps the flame of revolution burning.
From a Christian perspective, the greatest disappointment with the death of Gaddafi was the response from Western and
Christian leaders in the West. Arab culture is ruled by honour and shame and what the Libyan rebel forces did was not an act of justice, but an act of dishonouring the leader to the point of death. The same can be seen in Egypt with the ongoing trials of Hosni Mubarak, who is seen in a cage, captured like an animal. For Christians living in Libya, the evil under Gaddafi whom they knew, in the light of extremists taking over the country, seems better than the evil they do not know.

7. CHINA TO THE WORLD 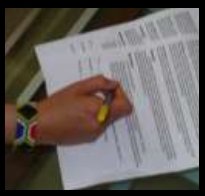 On 13 March 2011, the ‘Dragonfly’ got ‘Eagle’s Wings’. Chinese leaders in China signed agreements with Mission leaders in the Gulf region to accept, mentor and disciple missionaries sent from China. This was indeed a small, private and secret event, but the consequences of China now maturing into a sending nation of note has the potential to change the Muslim World.
From a Christian perspective, this historic event once again pointed to an omnipotent and all-wise God. The Chinese Church has been persecuted for generations and is now utilising the lessons learnt as lessons to be lived in other persecuted countries. Chinese Christians have been trained through past persecution for future persecution. They know no other Christianity. Other
than with Western missionaries, Chinese missionaries come with no cultural baggage as most of the countries bordering China have good relations with them. In the words of Johny Li: “The son has grown up”. The success of the China to the World movement will depend on the “father” who allows the “son” to give his life once again. 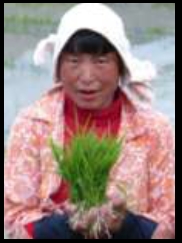 18 May 2011. The Church in Bhutan has been given the option to register their churches and members or to stay unregistered and have their church meetings in secret. Even though this might seem like a positive move, the effects of such a registration could result in more persecution and hardship.
From a Christian perspective, Bhutan is both a gateway to the Buddhist World as well as to the’ unreached’ world. Bhutan is a small Buddhist kingdom in the Himalayas, between the Tibet Autonomous Region of China and India. Bhutan has a small but growing Christian population that often faces political as well as cultural and religious persecution. Bhutan is the last remaining Buddhist kingdom in Asia and is certainly the stronghold of Buddhism. As one of the world’s most closed countries to the Gospel, Bhutan has seen miraculous growth in Christianity, with second-generation Christians in some areas. To be a Bhutanese is to be Buddhist – it is your identity. If you register as a Christian then you are no longer a Buddhist, and in effect you can no longer be a
Bhutanese. Christians who are arrested are beaten and imprisoned and their identity book is taken away. The Church in Bhutan has a decision to make, one that will influence the Church in a dramatic way.

9. BIRTH OF A NEW NATION 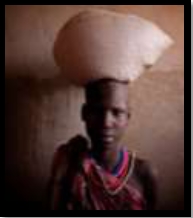 On 9 July 2011 a new African nation was born when North and South Sudan separated, creating a clear divide between persecution and freedom. With rebel wars and religious persecution plaguing the citizens of both the North and South for more than 50 years, the proposed separation was seen as a road leading to peace. However, recent attacks by the North on the South confirmed that the separation of North and South comes as a clear divide between Islam and Christianity. In a country that has suffered countless wars, the divide is nothing more than a straight line on a piece of paper. With oil deposits in the South, but the pipelines running through the North, a separate independent future between North and South Sudan is one filled with ignorance. The truth about a crumbling economy makes the South a soft target for rebel forces from the North to take advantage.
From a Christian perspective, many Christians living in North Sudan are now moving to the South. Those who choose
to stay behind in the North will pay the ultimate price. Christians need to be equipped, encouraged and strengthened. For the Church to maintain her witness, she needs to be encouraged to remain faithful as peacemakers and witnesses of Christ’s love. 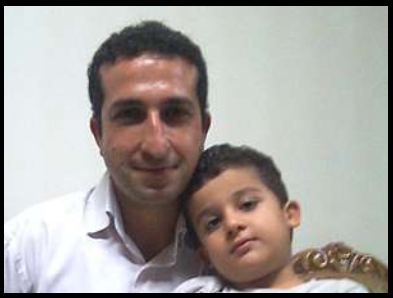 The story of a man accused of apostasy and sentenced to death in Iran has caught the attention of the world. Youcef Nadarkhani, a Christian pastor from Iran, was arrested in 2009 and given the death sentence. His case is now with Iran’s Supreme Leader, Khomeini.
From a Christian perspective, Youcef has become the face of persecution in Iran, just like Asia Bibi has become the face of
persecution in Pakistan. Youcef Nadarkhani has made persecution real to many western people who live in free countries. He has made persecution personal and in a very real way placed the plight of the persecuted Church on the agenda of Christians in the western world. Read more about this hero of faith.