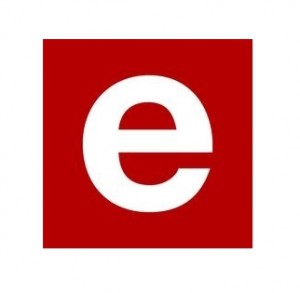 South African Christians are being asked to switch off e.tv in protest against the broadcaster’s insistence on screening the “sexually degrading” Naked News programme in which news presenters strip naked.

The national switch-off call by family values activist Errol Naidoo follows an e.tv decision to go ahead with showing the programme every Friday night for the next 11 weeks after the 10pm movie despite receiving many emails complaining that the show degraded women and was harmful to children.

“Shockingly, e-tv has dismissed the many complaints they received, citing freedom of expression. However, no person or organisation has a right to demean and objectify an entire gender,” says Family Policy Institute director Naidoo in an email sent to all churches on his database. “I am also telephonically talking to senior church and denominational leaders to support the campaign,” Naidoo told Gateway News. “I will send a follow up Alert on Tuesday 10 May calling on Christians across the country to join the Switch Off and to publically condemn E-tv’s stance”

In an email sent to Gateway News today e.tv says: “Naked News” is a late night advertiser funded magazine programme containing nudity and no sex scenes. As always, e.tv encourages parents to be actively involved with what their children are watching on television. We also believe that it gives full effect to e.tv’s right to freedom of expression.” Yesterday, e.tv publicity head Vasili Vass told Gateway News the station had received “less than a hundred” email complaints and was drafting a reply to them. He confirmed that the programme is sponsored by NakedNews.Com.

“e-tv has been broadcasting pornographic material on their channel for years and have contributed significantly to the social degradation and sexual exploitation of women and children in South Africa. I sent an Alert to my database on Tuesday 3 May 2011, calling on Christian citizens to write to e.tv demanding they cancel this morally reprehensible programme and to desist from broadcasting any further pornographic programmes in the interest of the dignity and safety of our women and children.

In a media release today Africa Christian Action supports Naidoo’s view that e.tv programming has a harmful impact on children. Quoting a 2006 report in the Cape Timews newspaper, the media release says: “Shaheeda Omar, therapeutic manager at Teddy Bear Clinic in Johannesburg, has interviewed 100 child sex offenders and their mothers from across the social spectrum for her doctoral research project at Johannesburg University. In most cases she found that absent parents and ‘unmet emotional needs’ had turned television into a ‘surrogate care-giver’ with disastrous consequences. While some children claimed they had wanted to emulate love scenes in soap operas like the Bold and the Beautiful, others said they had been inspired by late night pornography on e-TV.

“While we would agree that it is primarily the responsibility of parents to make sure that children are not being exposed to such programmes, there are many households where there is no parental supervision and thus, considering the pervasiveness of television, many children are watching these films.”

In his email to churches Naidoo says: “I need your help to stop e.tv and other national public broadcasters from turning our airwaves into sewers of filth. Should they succeed the consequences will be dire for women and children.
The only option we have is to exert public pressure on e.tv’s advertising revenue. The church must stand united against this evil agenda!  I suggest that Christian citizens, leaders, churches, and organisations join a national switch off campaign of e.tv until they agree to cancel Naked News and all other pornographic programming that degrade women and harm children.

“Christian denominations and churches must publically voice their support for the mass switch off and encourage their members and associates to do the same. When the word gets out that millions of viewers are switching off from e.tv, their advertisers will flee. Public pressure always works. However, a campaign of this magnitude cannot work without your commitment and the unity of the church.”