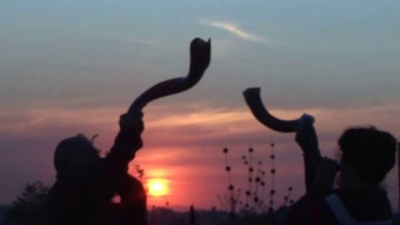 Last Friday, South African Christians were asked to speak words of blessing over their cities and towns as part of a campaign to restore that which was intended for harm.

Yesterday, Bible teacher Dr Arthur Frost, together with intercessors across the nation, who made the call via Whatsapp, said they were getting feedback of thousands of towns which were being blessed by believers according to a biblical prayer model which they had prescribed.

In an interview with Gateway News yesterday, Dr Frost said that during an online conference last Wednesday, a group of about 200 intercessors from all over the country, broke strongholds that their research showed had been behind a rise in violent crime and anarchy in many cities and towns for some years.

While many of the strongholds had been broken through recent prayer campaigns throughout the nation, these remained “legally ” active because they had been unknowingly permitted by town leaders.

Speaking life
In a WhatsApp message broadcast to Christians last Friday, he explained that while the stronghold had been completely undone on Wednesday by the intercessors, it was necessary to speak life and blessing back over the towns. He provided a sample model prayer and a recording of a shofar blast which people could play if they did not want to pray their own prayers or did not have access to shofars. The key elements of his prayer model are repentance, release a blessing and declare a new day on the city.

Frost said he was very inspired by the response of believers to the call to bless SA’s cities and towns.

“This was not about churches or networks — just believers coming together to make a difference. The nation is praying. It’s truly ‘a praying South Africa’,” he said.

Overwhelming testimonies
He said the blessing campaign testimonies have been overwhelming, from truck drivers stopping in town after town to bless them, to people on holiday journeys blessing the towns along their routes, to others who formed “blessing parties” chose a region and then drove through it to bless all its town.

Frost said that that it was the most remarkable response from believers that he had ever seen.

“The sleeping giant, the Church of Jesus Christ, is waking up and on the move. God is preparing the ground for an intense focus on the nation and a spiritual awakening,” he said.

He said he was partnering with other intercessors and Christian leaders to roll out more teachings and initiatives to assist households, farmers, cities and towns. Watch this space!

Today he released a video and audio teaching — in English and Afrikaans — via WhatsApp on how to dedicate and protect your property. If you desire to get prayer teachings and strategies you are welcome to WhatsApp him at +27 82 659 2224