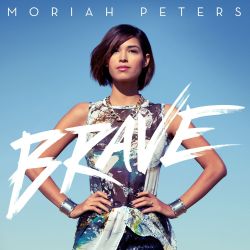 This week we are introduced to the beautiful Moriah Peters, a young lady who has made a stand not only in the contemporary Christian music market, but also in the competitive music industry when she auditioned for ‘American Idols’ in 2010.  After being criticised for her faith she was sent away to ‘go experience life and kiss a boy before considering a music career’.  By saying that she was saving her first kiss for her wedding day she truly challenged the status quo!  At this point she saw God closing one door and opening another on the same day as one gentleman overhearing her interview after coming off stage, and introduced her to the first record label who immediately signed up this talented star!

Her first studio album, I CHOOSE JESUS was released in 2012. This second production was released by Reunion Records under the Productional Leadership of Seth Mosley, lead vocalist of Me in Motion and Joel Smallbone from For King & Country — also Moriah’s husband.  Locally this album is released by Christian Art Media.

Of the 11 songs on the album, only 3 threeof them don’t have Moriah listed as songwriter.  BRAVE appears on this album twice, also featuring Andy Mineo in the radio version. OH FEAR (MY GOD IS NEAR) will absolutely inspire you as Moriah explains in her own words: “So many of the people I talk to are a lot like me. They are fearful, doubtful about lots of things. I wanted to write a song that personified fear so that we could see it and speak to it, to let it know that it would not control us. “Oh Fear” is my ‘letter to the devil,’ that he will not have his way, that I will choose faith over fear.”

This production is energetic and has fullness to it as you can easily lose yourself in an array of wonderfully orchestrated sounds.  I’LL WAIT FOR YOU was the first collaborated effort with Joel and was written just after they were engaged.  YOU CARRY ME is such a beautiful declaration of love and STAND STRONG encourages those who are persecuted. In closing I have to mention GIVE ME JESUS.

You will be inspired to be BRAVE! We do have a choice, you know; a choice to turn our eyes to the One Who can actually make a difference and then take our place among a host of witnesses through the ages, men and women who by their actions of faith, made their lives count by praying and being BRAVE!  It is time that we rise up and be counted for and show the world what it means to be BRAVE, a people carrying a different spirit.

Until next time, let the worshipper in you arise!