[notice]Pieter Pohl, founder and managing director of Innovation Films, sheds some light on the latest movies.[/notice]

THE LAST DAY ON MARS 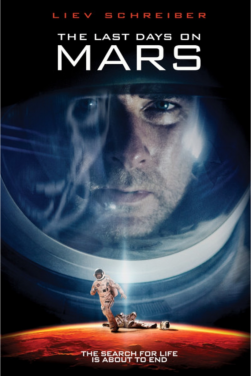 MovieGuide:THE LAST DAYS ON MARS follows the final 19 hours of a crew sent to Mars to search for biological material. The crew encounters a biological virus that turns some of them into violent, humanoid creatures, and the remaining crew tries to escape. One by one, characters are killed as the survivors risk their lives for each other’s safety.

THE LAST DAYS ON MARS is a well-executed, entertaining, intense science-fiction thriller with good writing, acting, and cinematography. The creatures are frightening, even for an adult, and the movie creates tension throughout its running time. However, LAST DAYS ON MARS doesn’t do much in terms of character development. This was perhaps its weakest element. Worse, the movie carries a loose, rather mixed, neo-pagan worldview with humanist elements. There’s also excessive foul language and some scenes of gruesome violence. The movie is also devoid of any solid Christian or Biblical themes or elements. That said, there are a couple pro-family moments and redemptive elements of self-sacrifice. THE LAST DAYS ON MARS isn’t for children of any age and slides over into the excessive. 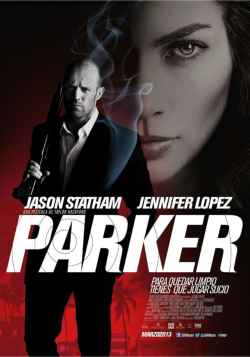 MovieGuide:
PARKER is a crime thriller based on an acclaimed series of books about a hard-nosed professional thief with his own code of ethics. In this story, the title character is betrayed by his new gang and left for dead. Parker tracks them down to a small house in ritzy Palm Beach, Florida. They plan to steal $75 million in jewels at a fancy auction. The gang is connected, through one of its members, to a Chicago mobster. While tracking the gang, Parker ruffled the mobster’s feathers. So, the mobster sent a hitman after him, and the hitman has tracked Parker to Florida. Can Parker escape the killer’s clutches and get his revenge on the gang, while getting back the money they stole from him?

PARKER is an entertaining, realistic crime thriller, despite some possible plot holes. Jason Statham makes a good Parker, even with his English accent. Of course, Parker always gets away with his crimes. There’s also a lot of strong foul language, a revenge theme and some very strong bloody violence. The main messages in PARKER are immoral and totally unacceptable.