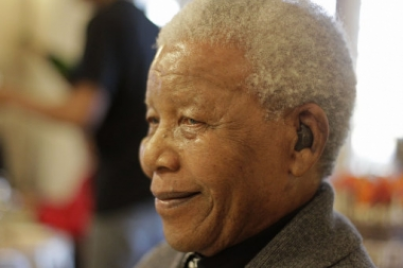 Nelson Mandela has passed away at the age of 95 last night (Thursday, December 5).

The 95-year-old anti-apartheid hero had been frequently hospitalized in the months prior to his death today.

The South African hero was hospitalised in June earlier this year at a hospital in Pretoria.

At the time, the Archbishop of Cape Town Thabo Makgoba prayed with his family at his bedside.

“Fill them with your holy courage and the gift of trusting faith, and take away their fears so that they may dare to face their grief,” Archbishop Makgoba said at Mandela’s bedside, according to his website. “Guide the medical staff so that they may know how to use their skills wisely and well, in caring for Madiba and keeping him comfortable. And uphold all of us with your steadfast love so that we may be filled with gratitude for all the good that he has done for us and for our nation, and may honor his legacy through our lives.” Madiba is the tribal name for Mandela.

Well-wishers had lined up the streets to the hospital’s entrance, where Mandela has been staying since June 8 for a recurring lung infection. Crowds held up signs that read “we need you” and “we love you.”

Mandela was discharged from hospital on September 1 and had continued to receive intensive care at home by 22 doctors.

Nelson Mandela is an international icon who has defined democracy in South Africa and was imprisoned for 27 years in his fight against apartheid in the country.

He was elected the first black president of South Africa in 1994.

Mandela’s last public appearance was at the World Cup in 2010.