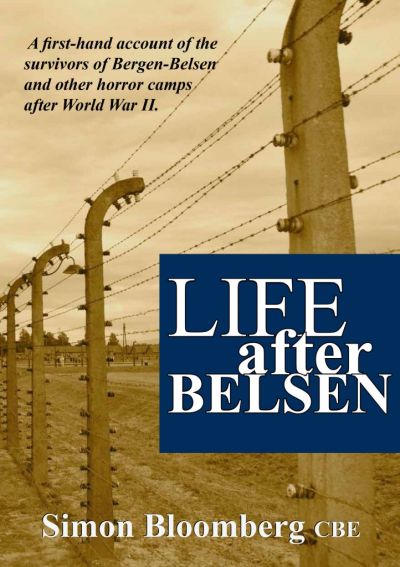 While many think the trauma of the Holocaust ended with the Nazis, that is not the case. The concentration camps became assembly centres for displaced persons (DPs) and didn’t close for another five years. A newly launched book by Simon Bloomberg, who led the Belsen DP Camp after World War 2, tackles this myth and other misconceptions.

Entitled Life After Belsen, Bloomberg captures some of the anguish of the Holocaust survivors, their tragic search to be reunited with loved ones and their hope of a homeland of their own.

Simon Bloomberg CBE (1894–1981) was a Jewish humanitarian known for his work among the survivors of Nazi persecution helping them to rebuild their lives. He wrote his manuscript in the 1970s but it is only now being published by Al Gibson.

Al is a journalist who has worked with Bloomberg’s daughter, Eva to encapsulate her father’s story in a dynamic contemporary way, challenging prejudice and refuting those who deny the horrors of the past.

Al, who has been recognised as an ‘exceptional biographer’, used Bloomberg’s original manuscript, diaries and letters to produce a remarkable historical record that is relevant for today.

Life After Belsen launched in the UK on November 2 2017, the Centenary of the Balfour Declaration and the book became available globally as an e-book in time for International Holocaust Remembrance Day on January 27th.

Life After Belsen — A first-hand account of the survivors of Bergen-Belsen and other horror camps in Europe after World War 2 is now available from Amazon in both paper back and e-book format.