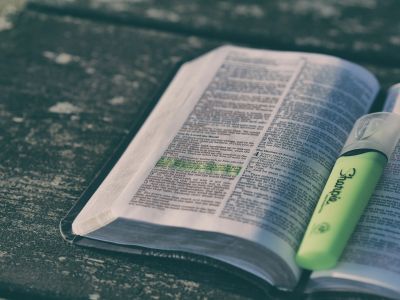 Last week, the Johannesburg High Court handed down judgment in the controversial case of OGOD versus Laerskool Randhart & Others, regarding religious observances in public schools.

A copy of the full judgment is available here.

Although OGOD are claiming that the judgment is a “victory” for secularism, the truth is that this is rather a recognition of our nation’s diversity. Far from removing religion from schools, the judgment directs schools to create a space where all pupils – whether Christian, Muslim, Hindu, atheist, etc. can feel free to give outward expression to their religious beliefs. This is in keeping with the constitutional right to freedom of religion, rather than freedom from religion.

Importantly, any of the parties may appeal the judgment. If this happens, the judgment of the High Court is suspended until such time that the higher court (Supreme Court of Appeal) makes its ruling.

As this judgment will affect all 24 000+ public schools in South Africa, it is important to understand the practical implications.  Although it contains some “good, bad and ugly” elements, on the whole FOR SA believes that this judgment is favourable to religion in public schools.

The first “good” thing about the judgment, is its confirmation that South Africa is not a secular state. This means that public schools should make place for religion (section 15(2) of SA Constitution).  There are a few conditions however:

The judgment does not compel public schools to stop all Christian observances such as bible readings, singing Christian songs, praying together at assembly or in class or Scripture Union activities. It does, however, direct schools to take into account the fact that we live in a diverse society where people hold to different beliefs.  Schools must make sure that there is equal space for learners of different faiths (or no faith at all) to give outward expression to their religious beliefs.

The judgment confirms that SGBs should decide the religious policy or rules of the school, taking into consideration the above points and subject to approval by the Department of Education.  This does not necessarily mean that schools now have to adopt a multi-faith approach – although some may choose to do so.  Schools therefore could:

What this means is that SGBs have to go back to the drawing board and, against this backdrop of diversity and ideally through a process of dialogue (with parents and the Department of Education), review their schools’ religious policies to make sure that they cater for all these elements.

The only (potentially) “bad” news for the schools is the court’s finding that a public school may not promote (or hold itself out to promote) a particular religion or a religious ethos. In other words, a public school may not promote itself as, for example, “Laerskool Randhart, a Christian (public) school” or “Laerskool Randhart, a public school with a Christian ethos”. The Court’s reasoning is that such “single faith branding” could potentially discourage learners from other faiths from attending the school, which is particularly problematic in areas where there is only one school.

Following the judgment, Hans Pietersen (Chairman of OGOD) said that he will “do his best to take on every single school with a Christian ethos”.  (http://www.netwerk24.com/Nuus/Algemeen/ek-gaan-nou-elke-liewe-christelike-skool-aanvat-20170628)

While it is, of course, OGOD’s right to challenge any public school who they believe to be in breach of Section 15(2) of the constitution (as interpreted by this OGOD court judgment), we believe this statement exposes what OGOD’s agenda has been all along – namely the deliberate targeting of Christianity, to the exclusion of other faiths.