[notice]A monthly column by Vivienne Solomons who is a legal consultant who passionately believes that God wants His people to make a difference right where they are and to stand up for what is true and just. She is also passionate about encouraging young women to walk victoriously with God and she is engaged in a challenging faith journey as a parent of a child with special needs.[/notice] 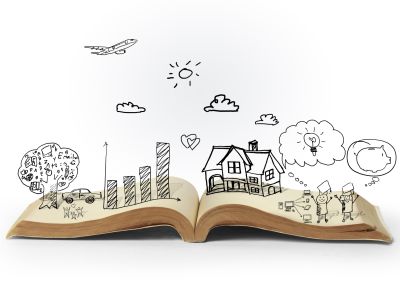 In this month’s column Vivienne Solomons highlights some significant scientific research on the benefits of storytelling. When she wrote this article — ending with a call on South Africans to start bridging divides by sharing and listening to each other’s stories — she was unaware of the Heartlines  reconcilation campaign ‘What’s Your Story’. “Obviously this [storytelling] is something that is on God’s heart,” she said.

I love a good story. I think most people do. However, the value attached to stories should not be limited to their entertainment value as they also have the power to transcend time and culture and can be agents of personal growth and transformation — both in ourselves and in others.

From the earliest times, storytelling has played a role in the shaping of cultural norms and behaviours. The Old Testament of the ancient Hebrews was written down, while the epic stories of Homer’s Iliad and Odyssey were passed orally from one generation of ancient Greeks to the next. Yet each story inspired countless generations to go out and change the world they lived in. And it seems we have always intuitively known that stories not only change the way we think but also the way we act. That is, after all, the main reason we tell them.

Study on effect of storytelling

When we deny the hurt and our challenges, our mistakes and our failures (or whatever it may be) that is what defines us. But when we own our history, we can change the story as it unfolds.

More recently, in a 2010 Proceedings of the National Academy of Sciences study, a student was asked to tell an unrehearsed story while her brain was scanned in a functional Magnetic Resonance Imaging (fMRI) machine. The brains of 11 volunteers who listened to a recording of the story were then also scanned. When the researchers subsequently analysed the data, they found that the storyteller’s brain lit up in the area known as the insula, which is the region that governs empathy and moral sensibilities. Interestingly, the listeners’ insulae also lit up. At the same time, both the listeners and the storyteller showed parallel activation of the temporo-parietal junction, which is the area of the brain that helps us to imagine other people’s thoughts and emotions.

However, and as may be expected, not all messages sent to the brain result in the same corresponding ‘sympathetic’ action. Often, a conversation is initiated around the story that has been told, that is we may for example, argue with the story, talk back or even give praise. But it is in these critical and ongoing conversations that the story’s potential to unleash change is created.

What is clear from this and other research conducted in the area of storytelling is that there is a need for us to share our stories if we are to better understand and indeed, be better understood by those in our world. For stories introduce us to the unfamiliar, thereby expanding our horizons and allowing us to travel beyond the confines of what we believe and what we consider possible.

There are certainly many stories still waiting to be told across the racial and cultural divide. But in order to do so we will have to examine our own stereotypes and prejudices and also learn to listen, and for that we will need courage and determination.

But first, we need to ‘own’ our stories. In the words of Brené Brown: “When we deny the story, it defines us. When we own the story, we can write a brave new ending”.

In other words, when we deny the hurt and our challenges, our mistakes and our failures (or whatever it may be) that is what defines us. But when we own our history, we can change the story as it unfolds. This is true for us on an individual level as well as in community.

To some extent, we as a nation are owning our history but many would argue that we have only scratched the surface. There are certainly many stories still waiting to be told across the racial and cultural divide. But in order to do so we will have to examine our own stereotypes and prejudices and also learn to listen, and for that we will need courage and determination. Surely, we have come so very far in our healing as a nation that we cannot give up now.

So tell me, what is your story?