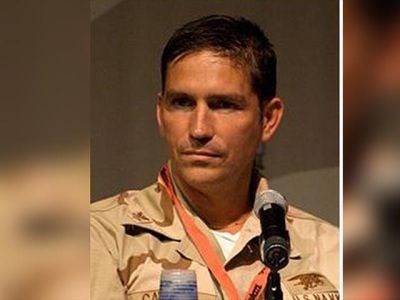 Actor Jim Caviezel became famous for his role as Jesus in Mel Gibson’s Passion of the Christ and although millions of people’s lives were changed by the 2004 film, Caviezel says his mission to spread the gospel has not stopped there.

In an interview with Polish publication wPolityce, the seasoned actor said his real job is not being on screen, but rather telling people about Jesus.

“The world changes …but I will not be in this world forever,” he said. “Neither will the producers from Hollywood. At some point, everyone will have to answer for what they have done.”

Director Mel Gibson warned Caviezel there was a chance he would not work in Hollywood again if he took the role of Jesus.

“Playing Jesus himself, I faced a lot of criticism and often derision. I had to get on with it somehow. All of the sudden, I stopped being one of five most popular actors in the studio and I hadn’t done anything wrong,” he recounted, “I just played Jesus. Was I personally affected by this rejection? Well, everyone has their cross to bear.”

He added that taking the role was a price worth paying.

“There is nothing more glorious and at the same time more humbling that this role,” he said. “Nothing could teach me humility better.”

Caviezel recently finished his last season of Person of Interest, where he plays an ex-assassin who saves the lives of people in danger. He said that no matter the role he plays, his real job has nothing to do with acting.

“My duty was not only to show it all on the screen,” he said. “My real duty is to live in accordance with the gospel every day and to give witness to the truth.”