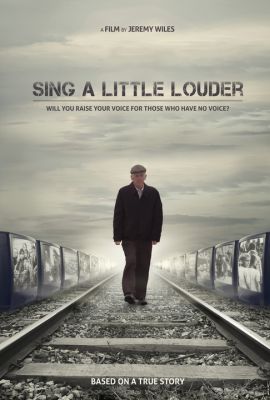 A powerful, new short film sheds light on the modern day Holocaust and challenges the church to take a stand.

Sing A Little Louder, a heart-wrenching short film based on the Holocaust during World War II, is shedding light on abortion and calling churches to raise their voice for those who have no voice.

The film is now being released free for churches of every denomination to share with their congregations and give voice to as many as 50-plus million babies who are aborted every year around the world.

Sing A Little Louder is inspired by the true story of an elderly man who in his youth witnessed the horrors of the Jewish Holocaust from the pews of his Church. He retold his story as a demonstration that abortion is our modern day Holocaust, only the casualties are far greater.

The 11-minute short film provides a stunning message for the twenty-first century and the current genocide that’s taking place with unborn children. This film was shot on location in Holland and is being used to help raise support for the pro-life movement.

Film Director, Jeremy Wiles spoke about the impact that the film has already created, “Churches all across the nation have been showing the film during their Sunday services and it’s because the film has a timely and important message. The church just can’t continue to sing louder.”

During WWII, Hitler convinced Germany through propaganda that Jewish life had no value and that Jews were subhuman. In Mein Kampf, Hitler wrote, “The Jew was always only a parasite in the body of other peoples.” Today, advocates for abortion use a similar argument, claiming that an unborn child is not yet human, which they often label as a foetus, a parasite to the mother.

The term “foetus” is used by those who favor abortion to dehumanize the child. But that term is Latin for unborn child. Words can give life. Words can kill.

Are we prepared to revisit these tragic mistakes of our past?” asks Wiles. “We have to raise our voice for those that have no voice and people can join the cause by sharing the film with their friends or showing it in their church.”

You can watch Sing A Little Louder for free and download it to show at your church or in your small group at kingdomworks.com/sing-a-little-louder/