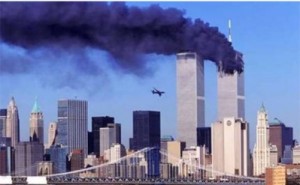 Tomorrow marks 10 years since the 9/11 terror attacks that changed the world forever. The Mayor of New York Michael Bloomberg, who maintains that the United States of today is a secular society, is sticking to his decision to ban prayers and clergymen from the official memorial ceremony at Ground Zero, despite a petition signed by 100 000 people asking him to change his mind. Meanwhile security personnel are concerned about a possible al-Qaida-sponsored attack targeting New York or Washington on or near the anniversary.

But Bloomberg and al-Quaida’s actions are not enough to hold back the heartfelt desire to cry out to God in prayer felt by millions of Americans across the nation.  Cry Out America, in conjunction with the Awakening America Alliance, is mobilising Christian believers across the nation, and throughout every denomination, in prayer tomorrow, to humble themselves and seek God for the healing of America.

Cry Out America has confirmed more than 2 400 official points of prayer for tomorrow. Those prayer points cover all 50 states, including the US provinces of Puerto Rico and US Virgin Islands, through the participation of over 1 500 churches and 900 interdenominational, public prayer events. In all, Cry Out America events are scheduled for all 38 counties with populations over 1 million.

Lotz, and her team at AnGeL Ministries, have spent the past three years planning the event. She says it is her prayer that the event will refocus people on Jesus as the hope for the future, and that it would re-ignite such an intense longing for His return, that people live the rest of their lives with no regrets.

There will be live Internet streaming, television and radio broadcasts.More information about the broadcasts is available on the website www.annegrahamlotz.com

Lotz firmly believes that the jihadist aircraft attacks on 9/11 were meant to be a wake-up call to all Christians and to start a revival within the church. She said the events of 9/11 personally transformed her own faith and instilled in her a passion to share her convictions with others.

At least one survivor of 9/11, former salesman Su0 John, had no doubt that God was calling him to share the gospel with a broken and hurting world after he miraculously made it down 81 stories of Tower 1 of the World Trade Centre on 9/11 and his life was spared again and again as the buildings collapsed on many around him. His wife was also a miraculous survivor of the terror attack. What started as invitations to share his and his wife’s miraculous deliverance birthed an international evangelistic ministry that has touched hundreds of thousands of people in many nations of the world.

In his moving testimony, John said: “I said, ‘God, 19 al-Qaeda terrorists, full of hatred for this nation…murdered 3,000 people…they died for a cause they believed in. But how come there are men and women so willing to blow themselves up for causes like these—that come from the pit of hell? And, in light of that kind of devotion, how guilty am I of keeping the greatest cause known to man: the cause of Jesus Christ, the cause that can bring hope where there’s no hope, the cause that can bring healing to a broken and hurting world—how guilty am I of keeping that very cause to myself, and watching a world die around me without Jesus.'” -Sujo John

Watch the video below to see a riveting account of his experience in Tower One on 9/11 and the conviction that it brought into his heart.