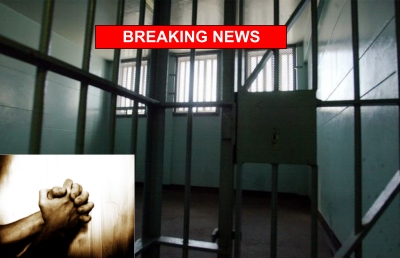 Prisons throughout South Africa are embarking on 50 days of non-stop prayer for revival in the nation.

This bold, historic initiative, which begins at midnight on Easter Sunday and ends on Pentecost Sunday (May 27), has been arranged in obedience to clear directives by the Holy Spirit, say the organisers.

Major prisons in all nine provinces are taking part in this unique prayer campaign in which prison authorities have agreed to house participating prisoners in dedicated “prayer cells” for the duration of the campaign.

Organisers have also requested permission for Christians outside of the prisons to spend 50 days in the prisons praying in unison with the prisoners.

“We are still awaiting the official response from prison area commissioners to this request,” said Esther (not her real name) in an interview yesterday.

“It is important for there to be a true marriage between the church on the outside and the prisoners on the inside, so that the church can be there to catch the babies and walk with them when they come out,” she said.

She said that over the past two months, she and her husband, together with their three adult children and a spiritual son, have been visiting prisons all over South Africa, sharing their revival prayer vision. They embarked on this venture with the support of prison ministry partners in Johannesburg with whom they have previously organised 40-day prison prayer and fasting campaigns in Johannesburg prisons in 2010 and in prisons in Johannesburg and Cape Town (Pollsmoor Prison) in 2011.

“Esther” said that the Lord had made it clear that they (the organisers) were to be a “nameless, faceless people” who would “disappear” when revival came, so that all the glory would go to God. For this reason, she requested that Gateway News should not publish their names.

She said that since 2002 she had experienced several visions which had led up to the prisons prayer initiative. In 2006 at the Jericho Walls Prayer Watch in Cape Town, during which she spent three days lying face-down in God’s presence, the Holy Spirit showed her that the key to revival in South Africa was to “bind the strong man” over every city and that the “strong men” would be found in the nation’s  prisons.

From 2007, together with prison authorities in Johannesburg she and other intercessors began to set aside times of prayer and fasting for all of South Arica’s prisons. In 2008, God called her and her husband to resign from the mission organisation in which they served and from all committees in order to dedicate themselves to sitting at Jesus’ feet to receive instructions for a prison prayer manual and CD which they should develop. They finished the project in 2009 but still did not know when they were supposed to use the manual and CD.

She said that early on February 6, the Holy Spirit woke her and told her it was time to start mobilising the nation’s prisons for 50 days of prayer. They were to set out on a countrywide road trip with the R2 000 in cash that they had available and should trust God to meet all of their needs. They contacted prison area commissioners and chaplains at all of the country’s major prisons ahead of their visits. When I spoke to her yesterday, she and her family were on the road to Mpumalanga, with only North West to visit thereafter, in order to complete their tour of prisons in all nine provinces. She said God had miraculously provided for them along the way, meeting their needs for accommodation, food, petrol and even overcoming substantial obstacles in the way of their sons’ need to complete university assignments on the road.

In an interview yesterday, Dave Donald, of Jericho Walls in Cape Town, confirmed that it was all-systems-go for the 50 days of prayer campaign in Medium B Section in Pollsmoor Prison. Dave, who with his wife Pat, has been involved in various areas of prison ministry at Pollsmoor for the past six years, said prison authorities had given permission for three groups of prisoners to be kept together in designated areas for the duration of the campaign so that they could pray in shifts in order to maintain 24/7 prayer for 50 days.

He said the group of 70 to 75 prisoners involved in the campaign would pray for revival in prisons, revival in the Western Cape and for reconciliation in families. He said the participating prisoners had become Christians during their time in jail.