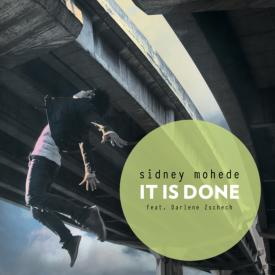 After two decades of leading worship in Indonesia, writing numerous songs such as Hosanna (Be Lifted Higher) with Israel Houghton and appearing in the global edition of How Great Is Our God with Chris Tomlin, worship leader and songwriter Sidney Mohede will soon release his first English album titled “The Rescue” in May 2013.

Giving a glimpse of the album’s larger theme, the first single titled “It Is Done” was released ahead today (March 3), says Insight Unlimited (IU) in a Press Release.

Performed as a duet with Darlene Zschech and accompanied by lush orchestral strings that complement the modern instruments, “It Is Done” is a dynamic anthem that declares God’s ultimate grace: the Cross. It’s a timeless hymn to bless believers and churches around the world, a song to express gratitude for the triumph of grace, for the blood of Jesus that has overcome the world and even death, says

Bridgette Erdey, PR of Brettian Productions, South African distributor of Mohede’s latest work, says:”This is a wonderful song for churches to sing over Easter and beyond.”

Here are the chord charts and lyrics. The official lyric video can be viewed below:

“It Is Done” came to fruition by international collaboration. Recorded in Indonesia and Australia, this song was co-written by Sidney and another prolific singer-songwriter, Mia Fieldes (her best known works include Hillsong’s Saviour King and God You Reign).