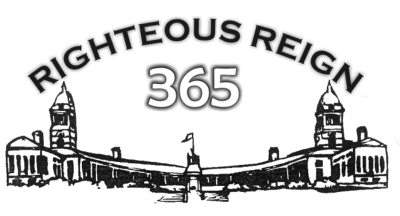 Every day of 2012 intercessors will spend 30 minutes to half an hour at the Union Buildings, Pretoria, praying for the South African government.

At least that is the ambitious goal of a prayer team known as the Pretoria Prayer Force (PPF) which is mobilising local Christians to participate in the aptly-named Righteous Reign 365 prayer project.

The initiative grew out of a prayer group that started in January 2011 with the purpose of getting together intercessors from different churches in Pretoria to pray for citywide issues.

“As the year progressed God laid it on our hearts to pick up our responsibility to pray for leaders more regularly and effectively. Seeing that Pretoria is the nation’s capital city and seat of government we felt to launch this initiative for 2012 (12 being the number of authority) to raise up continuous prayer for our national leaders,” says PPF coordinator Leon Coetzee.

Coetzee says the PPF is looking for as many as possible people to fill the remaining prayer slots. Interested people can check what dates are available on the Righteous Reign online prayer schedule. Then they should email or sms Coetzee with their name, cell number and email and the date they commit to pray at the Union Buildings with at least one other believer. Prayers can choose to pray at any time of their chosen day for 30-60 minutes. Comprehensive Prayer Guidelines designed to help everyone to pray in agreement with scripture can be downloaded from http://www.upfsa.co.za/rr365guide.pdf.

Coetzee says the Righteous Reign call to Pretoria believers of  “making prayer for our government a priority in 2012” was spreading and people were constantly adding their names to the prayer schedule.

“The constant feedback I get is that people really experience God’s presence as they stand in front of the Union Buildings to pray for our leaders. God touches our hearts to trust Him and move into faith and positivity about our nation and its leaders. Everyone says afterwards that they enjoyed it so much that they definitely want to go and pray at the Union Buildings again “