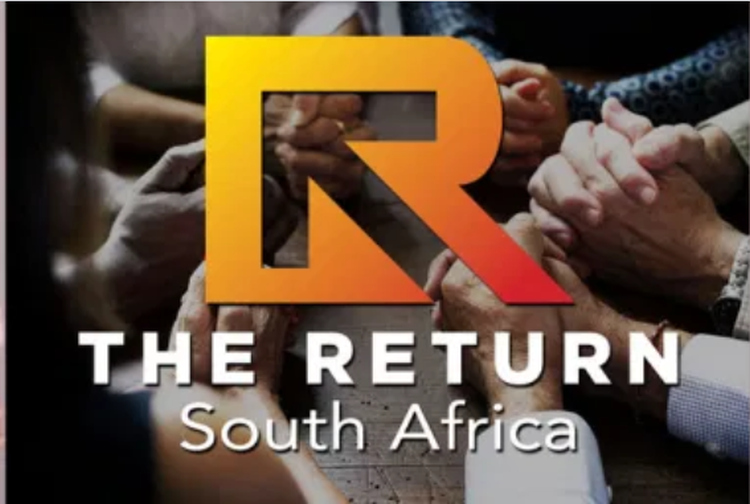 South African Christians are joining “The Return”, a global revival and repentance campaign that was initiated by best-selling author and prophetic leader Jonathan Cahn in an urgent call on believers in the US and the world to humble themselves and return to God.

The US initiative will be centered on a mass event at the National Mall in Washington DC on Saturday September 26 and Christians around the world will join in on the same day.

Plans for South Africa’s participation are posted on The Return South Africa website at https://worldmissioncentre.com/thereturnsa/According to the website, 35 cities and towns have registered to date.

SA participants are asked to join from 3pm to 4.30pm on September 26 on YouTube or Facebook live for 90 intense minutes of prayer with pastors and leaders from across South Africa; and to join with believers for 10 days of prayer, fasting and repentance from September 18 to 28 facilitated by prayer networks, prayer groups and local churches from
across the nation.

In a message posted on The Return South Africa website, Willie Crew says that in recent weeks pastors and leaders from vastly different backgrounds and intercession ministries decided to combine efforts to rally a massive prayer response across the nation, as a result of a common unifying call to repentance and prayer for revival. This led to them agreeing to host “The Return” in South Africa.

“We are responding to what we believe is a Kingdom Call to repentance and prayer for such a time as this. Revival is in the air and we’re inviting everyone to join us for this one-off event,” he says.

He says: “We would like to ask you to join the action and participate to get at least one hundred cities and towns involved and have hundreds of thousands of people to pray together during ‘The Return South Africa’. This can only happen if we all come together and sound a trumpet call and get our people, members, family and friends to join in on YouTube and Facebook Live. We want to challenge you to personally phone 50 of your contacts and tell them about The Return South Africa. Then challenge them, in turn, to call 50 people in their circle of influence and invite them to join The Return South Africa right in their home or place of work.”

Watch the video in which Jonathan Cahn calls for The Return: