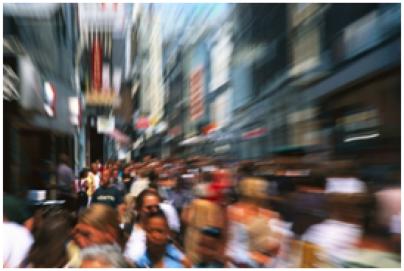 You feel shy, you feel embarrassed and guilty. You have difficulty looking people in the eye… and yet these pictures haunt you, they follow you through the day, as you open your study books, as you close your eyes. You try to concentrate on the teacher, but before you know it, the process has started… You feel filthy and defiled.  You feel aggressive towards your parents,  at a loss of words when you want to pray. Just the other day as you opened your Bible, the internal video started to play, you felt the feelings…and realised you have been caught – you are not in right standing with the Lord.

Pornographic images stimulate the production of a “cocktail” of endogen drugs, natural substances produced by the body.

Research shows that viewing pornography  produces a cocktail of drugs  with an effect similar to street drugs!

(B) Escalation:
The second phase is an escalation-effect. With the passage of time, the addicted person requires  rougher, more explicit, more deviant, and ‘kinky’  kinds of sexual material to get their ‘highs’ and ‘sexual turn-ons.’

(C) Desensitisation:
The third phase is desensitization. Pornography which was originally perceived as shocking, taboo breaking, illegal, repulsive, or immoral, though still sexually arousing, in time comes to be seen as acceptable and commonplace.

(D) Acting out sexually:
The fourth phase is an increasing tendency to act  out sexually the behaviours viewed in the pornography, including compulsive promiscuity, exhibitionism, group sex, having sex with minor children, rape, and inflicting pain on themselves or a partner during sex.

Gary Bishop, Serial Killer  —  “Pornography was a determining factor in my downfall.”

Ted Bundy, Serial Killer — “In the beginning it fuels this kind of thought  process. Then at a certain time, it’s instrumental in what I would say crystallizing it. At that point … I was on the verge of acting out these kinds of thoughts … and it happened in stages … you become addicted … I would keep looking for more explicit, more graphic kinds of materials … until you reach the point where the pornography only goes so far. You reach that jumping-off point where you begin to wonder if maybe actually doing it will give you that which is beyond just reading about it or looking at it. …

“The influence of violent pornography-which is an indispensable link in the chain of behaviour … the assaults, the murders and what have you … I know that I could not control it … “

We read in the Bible in Gensis 6 that God complained to Noah about the thoughts and inclinations of man being all evil, and about the violence and corruption that covered the earth. And in Genesis 18 He spoke to Abraham about the evil deeds of the people of Sodom and Gomorrah.

Could  it be that the minds of those Od Testament people had been rewired, so that their thinking patterns were continuously evil?

There is hope
Even though it is not easy to get free from pornography addiction, there is hope!  Your thinking patterns have formed crooked footpaths and these must now be destroyed. By creating new thinking footpaths the old ones will become impassable.

STEPS to freedom:
1. Confess your sin to the Lord Jesus in truth and honesty.  Leave no stone unturned.
2. Plead for His mercy, forgiveness and help.
3. Seek out a mature Christian to pray with you and who can become your accountability partner.
4. Begin memorising Scripture, fill your mind with wholesome “food”.
5. When tempted, flee to the arms of Christ … and then get up and find yourself some practical work to do.

Help is also available via the CYPSA Concerned Community which can be contacted as follows:
Help Line: (032) 481 5742   www.preciousyouth.org.za   cypsouthafrica@gmail.com

Sources
Cline, V.B., Pornography’s Effects on Adults and Children. New York: Morality in Media, 1999 edition. p. 9.
(Dr. Victor B. Cline is a psychologist at the University of Utah with a private practice as a psychotherapist specialising in family marital counselling and sexual addiction. He has counselled numerous couples where one of the partners has an addiction to pornography.)
Reisman, J.A., The psychopharmacology of pictorial pornography. Restructuring brain, mind mind & memory & subverting freedom of speech.