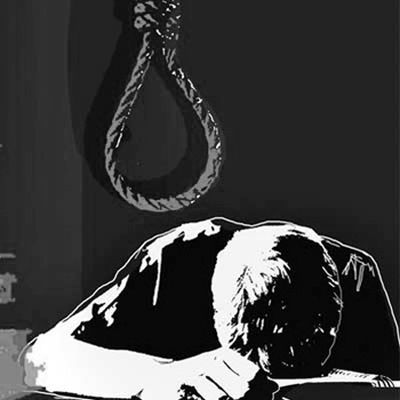 Sameer was born and raised in a fanatic Muslim family. He strictly followed the practices of Islam and prayed five times a day.

Beset by hardships in his life, he prayed a heartfelt prayer one day: “I am facing so many problems in my own personal life and family life. I don’t know how to overcome it. Please hear my prayer, answer me and help me to come out from all my troubles.”

In his late twenties, his problems intensified and he combatted depression. He hated life. He battled insomnia and suicidal thoughts.

Friends supplied him with sedatives, which he crushed and mixed with dagga to smoke in a dagga pipe. The wild dagga leaves are said to have a mild calming effect when smoked. In some users, the effects are similar to marijuana, but it is less potent.

However, it was not enough to cure his insomnia, so he began to inject it. Soon he became a drug addict and alcoholic.

Drugs satisfied him for a short time, but as his tolerance built up he was always looking for his next fix. A life devoted to drugs, alcohol, and promiscuous relationships masked his depression, but deep inside it was still there. A dark cloud followed him wherever he went.

One day Sameer became despondent after a relationship soured with a “vulgar” young woman. Suicidal thoughts overwhelmed him. He found a rope and a tree to hang himself.

Little did he realize the tree was within earshot of an outdoor evangelistic meeting led by Pastor Paul of Bibles for Mideast.

As Sameer clambered up the tree to tie the rope to hang himself, he heard Pastor Paul preaching this message through a loudspeaker:

“O the man who is going to commit suicide, you don’t have to die, for our Lord Jesus Christ was crucified and died for you and will grant you peace and life.   He died as a ransom for your sins and was raised from the dead to glorify you as His child. If you believe in Jesus you will be saved from sin, iniquities and all of your problems.”

The message pierced his heart. Curious, wanting to know more, he climbed down from the tree and walked toward the meeting.

People who knew about Sameer’s reputation were afraid when they saw him. They knew him to be a fanatic Muslim, an alcoholic, and they saw the rope in his hand.

Pastor Paul had converted from Islam to Christianity. Some jumped to the conclusion Sameer was coming to attack the preacher.

Several men tried to grab Sameer, but Pastor Paul intervened and asked him to come up to the platform.

Sameer explained what happened and asked for prayers. Pastor Paul told him more about Jesus and Sameer got down on his knees in front of everyone. Other pastors joined in and they put their hands on Sameer’s head and prayed.

As they prayed, Sameer had an unusual, God-inspired vision. In his vision he was like a sheep caught in a thicket, about to be attacked by wild animals. He thought his life was over. Suddenly Jesus appeared as the Good Shepherd, saved him from the wild beasts, freed him from the bramble of thorns and carried him on His shoulders.

Jesus transported him a long distance until they reached a sheepfold, surrounded by a beautiful, strong wall. In the vision Jesus said to him, “You are my child. I have marked you upon my palms as your Savior. Be my witness.”

Sameer cried out to Great Shepherd of the sheep: “Lord I accept you as my Savior. I will be your witness.”

Within few days he was baptized. Now he is witnessing for his Lord and Savior Jesus Christ as an evangelist with Bibles for Mideast.