Woman risks everything to bring Jesus to North Korea

Originally published in Faith Wire Jang-mi was startled as the door to her cell swung open. Bruised, bloody, and soaked from her captives’ attempts to wake her with buckets of water, she was surprised to see her uncle walk through the door. Jang-mi lives in the most oppressive country in […] 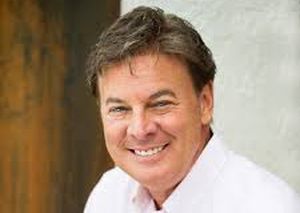 Originally published in Prophetic TV In a video message released in Jerusalem, speaker, author and thought-leader Lance Wallnau, who prophesied in 2015 that God was raising Donald Trump like he did King Cyrus in Isaiah 45, offers some insights into the significance of the US president’s historic meeting with North Korea’s […]

Christians in North Korea will benefit because of President Trump, says Franklin Graham

Originally published in The Christian Post Leading evangelist Franklin Graham believes that President Donald Trump’s meeting with North Korea Supreme Leader Kim Jong Un on Tuesday will benefit the highly persecuted Christian community in the isolated nation. In an interview with the Christian Broadcasting Network on Tuesday, the head of […]

Originally published in Charisma News Author, minister and leading prophetic voice, Shawn Bolz discloses how God supernaturally positioned him to advise South Korean presidents and leaders — and shares prophetic insight into His redemptive plans for Korea. The meetings between Donald Trump and Kim Jong Un are historic and have […]

North Korea: US citizens set for release ahead of Trump-Kim talks

Asia North America May 3, 2018 by admin Comments are Disabled

Originally published in World Watch Monitor Three American citizens detained in North Korea seem set to be released ahead of a meeting between the two countries’ leaders next month. The BBC reported that the three men had been “relocated to a Pyongyang hotel and are receiving good food and medical […]

Hope that North Korea will open its doors to Christianity

By J Lee Grady — Originally published in Charisma News A few months ago, North Korea’s dictator, Kim Jong-un, was firing missiles over Japan and threatening to send nuclear bombs towards America. But last week, the young leader dropped a different kind of surprise on the world: He met with […]

Originally published by  Christian Headlines China’s government is not only cracking down on its own Christian citizens, it is also targeting South Koreans who are in the country and who allegedly helped persecuted North Koreans that escaped Kim Jong-un’s oppressive regime. According to The Christian Post, the Chinese provinces of […]

Originally published in The Gospel Herald A North Korean woman who suffered unspeakable horrors while imprisoned for her faith has shared how God’s faithfulness — and one desperate prayer — sustained her through the darkest of days. Growing up war-torn North Korea, Hannah Cho often heard her mother pray, “Hananim! […]

‘I was afraid to touch the Bible’: One woman’s shocking story of faith

Originally published in CBN News The little girl had no idea her parents were criminals until the day she found a Bible hidden in the family’s home. “When I was twelve, I accidentally found a Bible my parents had hidden in their closet. I don’t know why, but I started […]

North Korea crushed Christians under steamroller, hung them on crosses above fire

Originally published in Charisma News North Korea has crushed Christians under a steam roller, hung them on crosses above raging fires, herded them off bridges and other devastating forms of torture, according to a report. Christian Solidarity Worldwide issued the report earlier this month to call action against the Communist […]