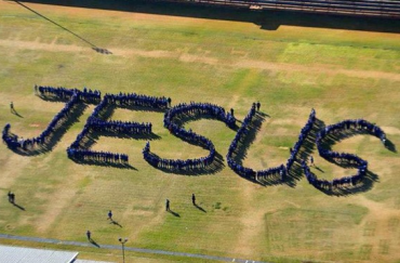 Keeping God in schools is a costly cause but it is well worth the price says civil rights organisation Afriforum which to date has spent more than R2-million towards the legal costs of six South African schools that are opposing a court application to prevent them from maintaining their Christian ethos.

The legal preparation to oppose the High Court application launched by OGOD (Organisasie vir Godsdienste-Onderrig en Demokrasie) in September 2014 is taking a long time because each school is being treated individually, said Carien Bloem, Head of Education Projects of Afriforum in an interview this week. She said they hope that the case will be heard around March or April next year but the timing is up to the court. She said it is quite possible that the case which has serious implications for religious freedom in SA could go on for years and eventually be decided in the Constitutional Court.

After the schools decided to oppose the application by OGOD which wants religion to be banned from schools, FEDSAS, the Federation of Governing Bodies of South African Schools approached AfriForum which offered to contribute to the legal costs of the six schools,  Laerskool Randhart (Alberton), Laerskool Baanbreker (Boksburg), Laerskool Garsfontein (Pretoria), Hoërskool Linden (Johannesburg), Hoërskool Oudtshoorn and Langenhoven Gimnasium (both in Oudtshoorn).
Bloem said that Afriforum feels strongly that all school communities need to retain their freedom to practice their religion at school. Currently school governing bodies have the legal right to determine the religious ethos of schools.
Schools play a vital role
“I know there are a lot of people who say religion should be practiced only at home and at church. But there are a lot of children who don’t have a functional home and don’t go to church, so they don’t get that exposure to Christianity except at school. So schools play a very vital role. However we feel strongly that we don’t want Christianity to be forced on any one; children [at a school with a Christian ethos] need not be forced to attend Christian stuff and they should not feel victimised for not attending.”
She said that most of the R2m legal costs had come from monthly subscriptions paid by Afriforum’s 150 000 members.
“So if people feel strongly about this campaign  and want to support us it is best for them to join Afriforum and know that they will be supporting us for as long as it takes to win this case,” she said.
During 2015 Afriforum in partnership with various supporters participated in a number of fundraising and awareness campaigns in support of its Keep God in Schools campaign. Early in the year Pretoria dominee Henk Stavast and his friend Derick Francis cycled 6 000 kilometres, visiting 100 towns across South Africa over a period of 11 weeks, creating awareness of the court case and religious freedom issue. In October actor Hykie Berg and Jacobsdal Primêre Skool embarked on a two day hike in the Drakensberg to create awareness for the preservation of religion in schools. Recently Ds Stavast launched an exercise bike challenge at schools. So far he has visited three primary schools in Pretoria. The campaign will be extended to other schools in Gauteng during the first term of 2016 and may also be extended to other regions.
Bloem said the awareness campaigns showed that many schools were aware of the court bid to ban Christianity from the six schools but often they did not feel it was something they needed to worry about. This highlighted the importance of the awareness campaigns.
In addition to joining Afriforum, people who would like to support the Keep God in Schools campaign can do so by donating R10 to the legal costs by sending their name by SMS to 38315. Supporters who would like to make a personal donation to the campaign should email Carien Bloem at carien@afriforum.co.za to receive relevant banking details. More information about the campaign is available on the Afriforum website at www.afriforum.co.za.