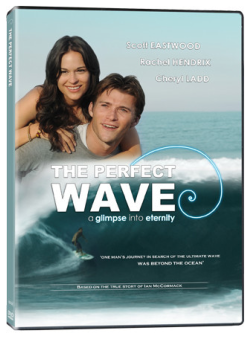 He attributes the DVD sales success to an effective marketing campaign through multiple outlets; the powerful story — the life-transforming, back-from-the-dead divine encounter of New Zealand surfer Ian McCormack; the actors — including rising Hollywood star Scott Eastwood and Cheryl Ladd of Charlies Angels fame; and the crossover appeal of the film which spans both Christian and secular audiences.

Commenting on the power of the story he says McCormack has shared his testimony with about 61 million people all over the world. McDonald says that when he visited a number of churches around South Africa prior to the February launch of his movie, he met pastors who shared that McCormack’s testimony had played a pivotal role in their decision to enter the ministry.

Secular audience
He says that while the film honours Jesus its surfing, adventure, love story and wayward son themes have resulted in it being seen by a “fairly big secular audience”.

“I receive emails from people who say things like ‘I saw your film by mistake and my life has changed forever’.”

The broad appeal of the film makes it an effective tool for screening by youth groups, he says.

While the success of the DVD sales in South Africa to date are notable, there has been a breakthrough in the United States which is almost ‘miraculous’, says McDonald. With a limited marketing budget they launched the film at 13 US theatres on July 11 — and they performed “suprisingly well”. Since then screenings of the film have been booked for showings at 50 theatres through the Tugg programme which allows individuals to bring a movie of their choice to their local cinema. And chainstore group Walmart has ordered 200 000 DVDs and designated The Perfect Wave as their Movie of the Month in September, 2014. The DVD is being released in the US by Anchor Bay Entertainment on September 16. 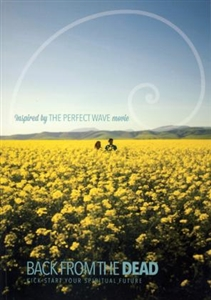 The Perfect Wave soundtrack has been bought by Sony and will be released on iTunes next week, and in early Septemeber TBN will screen a 3-part programme based on Mc Cormack’s testimony and the movie, says Mc Donald.

“I am stoked!” he says with conviction about the rolling successes flowing from his first feature film project.