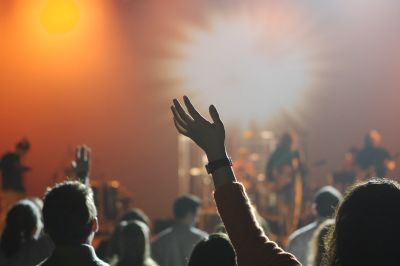 The COGTA Parliamentary Portfolio Committee recently held meetings to allow for input by the religious community into the CRL’s Report on the “Commercialisation” of Religion and Abuse of People’s Belief Systems.

These meetings were attended by a significant number of denominations, churches and major organisations from the Christian community. Many of these organisations were represented by their senior leadership and accounted for well over 12 million members of the Christian faith.

At these meetings, three major points were made by the vast majority of the delegations:

Given that South Africa is a land where a diversity of faith is celebrated, FOR SA believes that it is important for all religious groupings to be consulted as part of a broad-based process to discuss, define, develop and implement sustainable and scalable solutions.

Broadly speaking, the areas that need to be addressed fall into the following categories:

1. Development of a religious “code of ethics”
The vast majority of the South African religious community have already subscribed to the SA Charter for Religious Rights and Freedoms (SACRRF). This document developed in detail a common understanding of the freedom of religion rights bestowed by section 15 of the South African Constitution. This Charter can therefore form an ideal baseline document from which to extrapolate the reciprocal responsibilities of religious rights and freedoms, in the form of a “code of ethics”. This can be seen as a natural and logical evolution in the development of the charter.
The Council, who oversees compliance with the charter by its signatories, has indicated its willingness to help lead such a process. [Click here to read their article]

Sanctions for non-compliance would primarily be through exposure and repudiation by peer groups, and enforcement of the law by relevant government agencies.

2. Criminal conduct and abuse which has not been properly exposed and prosecuted
An evaluation is needed to assess the sufficiency of the current legal framework, as well as the effectiveness (or not) of the current level of response by various law enforcement agencies of the state whenever “abuse” is committed in the name of religion. While this is a matter for the state to resolve, the religious community can assist by pointing out the primary issues of concern in this regard and by making recommendations on how these abuses can be more effectively addressed.

3. Corporate governance and financial management
As a result of the fluid nature of religion (and of those called to be “religious practitioners”), it is evident that there are gaps in understanding regarding the necessary structuring and accountability mechanisms that are essential elements of good governance and financial accountability. Accessible and relevant information and training needs to be developed and made available to a wide cross-section of religious practitioners and organisations to assist in proper compliance with these and other aspects of the “code of ethics”.

FOR SA believes that such a process would be very helpful, because it can produce an alternative report to present to COGTA with properly researched recommendations and remedies that are entirely self-regulatory and voluntary. This would greatly reduce (if not eliminate) the pressure on government to introduce measures to regulate religion by the state, and would thus ensure that our cherished religious freedoms are preserved.