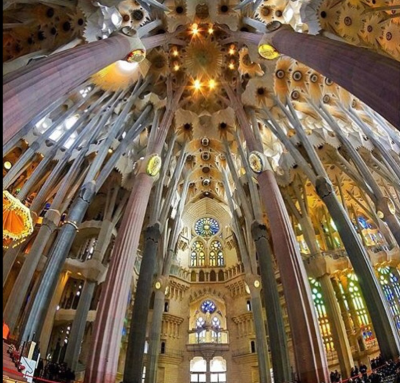 Part 2 of reflections on a recent trip which 118 South African Christian leaders made to Bethel Church in Redding, California. See Part 1

‘The greatest transformational revolution is about to start’
— Shawn Bolz at the Open heaven’s conference, Bethel.

That ripples through my veins. I can really get behind a statement like that.

The church is aching and waiting for her transformation. To come out of the cocoon and into her beauty. To fly to eternity. To be majestic.

Jesus is coming back for a spotless bride. Let the revolution begin.

Bethel is big on kingdom culture, and rightly so. Bringing heaven to earth means our world being heavenly. Our church culture needs to be so Godly that it inspires awe. Solomon got this right, when he created a world that was way out of its day and age’s league. He understood that a pretty palace, or clever business systems aren’t enough to transform culture. If you’re going to be excellent like God is, it has to seep into every fibre of your world.

At the Open Heavens conference, Bob Hazlett said that cultures are shaped by thoughts not by rules, if you get the mindset right you change the culture.

If culture starts in your thought life, that means we actually have governance over deciding what our world looks like. The world is waiting for us to show it what true success looks like.

Bethel Senior Pastor, Bill Johnson, said that what’s happening at Bethel is unlocking the possiblility of others doing it in their churches, and more importantly their cities. We have the very real possibility of entire cities changed into heaven on earth — if you like heaven’s reality.

Kris Vallotton, Senior Associate Leader at Bethel, had the following thoughts:  A revival’s not a revival unless it changes the city around it. He also said an apostolic culture doesn’t just plant churches and take ground, it culturises that place to look like heaven.

A church is relevant by the impact it’s making on a city and not by its size, and that so often we’ve stuck people in a bunch of meetings at church and they no longer have time to be involved in the things that matter to the city.

I love what he’s saying. We are the light of the world, the saltiness, the goodness, the flavor. We are the ones with the best ideas and the wisest solutions. We have the God factor and the whole of heaven is backing us up, rooting for us. The earth is groaning for us to be revealed as the peculiar race who do outrageously good things in the name of Jesus. That’s not for another generation, that’s for now. We are the ones the Bible is talking about.

One of the keys to seeing heaven on earth is an abundance mindset. That’s what Solomon had. Abundance and wisdom take walks on the same beach every day together.

So much of what we have called wisdom is actually masking a poverty mindset, says Vallaton. He goes on to say that being successful is part of kingdom living. I wholly agree with him.

I live to see the day the Church comes into her full radiance, elegance, brilliance and wonder; and not just spiritually but in every aspect of life.

For this to happen, we need to know who we are. We can’t have an orphan spirit. This all flows out of identity, and that flows out of intimacy.

I really thought I had being a daughter of the king waxed. Until the orphan spirit got broken off me in a fire tunnel. Then I really knew that I didn’t really have it before.

Life as a true daughter, it’s different now. I really know that what is my Father’s is mine, that who He says I am is true. That what He’s promised me is really going to come to pass because I’m with Him.

We walk with an open heaven over us every day. Jesus made this happen when He died.

I can hear the storehouses in heaven creaking under the weight of abundance, laden with every outstanding thing to be poured out on those who understand this, who will walk in their Father’s footsteps to see His kingdom advance rapidly.

I only want to say and do what I see my Father say and do.

Then they will know, heaven came to earth.