By Darren Willson — Originally published in Charisma News
There’s a song by the popular band Needtobreathe, called Cops that is all about their frustration with Christians trying to peg them into a particular mold of “Christian artist,” and they liken the feeling to that of being “chased by all these cops”.

With the proliferation of social media and the emboldenment felt by so many who can now shout their opinions to the world without ever having to face the people they are opining about, I’m sure the song has even more meaning now for not only Needtobreathe but nearly every Christian trying to make an impact in our culture.

I recently saw this morality-police mentality when I posted a clip from my new series, Adventures With God, on YouTube. The clip was from a larger episode with Brian “Head” Welch from the metal band, Korn, and it was a snippet from our discussion with him and his band mate, Fieldy, on why they remain with a band like Korn even though they have both given their lives and hearts to Jesus.

Just one look at the comment section of this clip shows the scourge of 21st-century Christianity and one of the big reasons so many people are turned off by Christians these days.

While dissenting opinions are important because they often open our eyes to viewpoints that we maybe never considered, the spirit in which they are given is just as important. Comments that are arrogantly dismissive, snarky, nasty or just plain rude reveal far more about the person writing them than they help whatever cause that person is trying to champion.

Often these comment threads turn into backyard theology brawls and completely ignore Paul’s reminder not to judge or despise our brother, and that we are ultimately only responsible and answerable to God for ourselves (Rom 14:10-12). 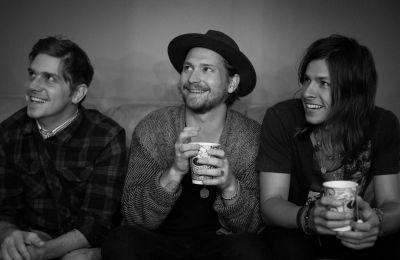 God-given duty
But I’m not as interested in dealing with the symptom (people being horrible on social media) as I am with the root, which is ultimately many Christians’ feeling that policing other people is not only their right, but their God-given duty.

When Paul tells the Corinthians that it is not our place to judge those outside the church, but rather those within (1 Cor. 5:12), I’m not sure he had Facebook or YouTube in mind. When these words were written, there was a natural understanding that any “judgment” of fellow believers was going to happen in the context of relationship.

What has happened today is instead a kind of free-for-all of opinions shouted at the top of our lungs that is completely outside of relationship. I think this is what Needtobreathe is getting at when they complain of “being chased by all these cops.”

They’re sick and tired of people they don’t know—and who don’t know them at all—going out of their way to tell them what they should be doing or what they’re doing wrong.

Social media has created a culture of people who believe their opinion is just as important as any other opinion. Unfortunately, this simply isn’t true.

If your opinion is coming outside of relationship, then while it may be loud, it is not important. If a perfect stranger tells me I’m doing something wrong based on something they see in one of my movies, I’m probably not going to pay any attention to them.

We have to remember that everyone, including the morality police, is on a journey in this life. We are all growing, learning, making mistakes and trying our best here.

Instead of shouting into the void, why not embrace the community God has already given you and allow iron to sharpen iron in the context of relationship?  My guess is this doesn’t happen more often because relationship like this is messy and hard, and it’s much easier to type our opinions in secret than it is to walk with someone through their journey, because that leaves us vulnerable to them doing the same to us.

But of course, pointing out the flaws in others while ignoring our own flaws has been around for 2 000 years, and I think it makes Jesus just as upset today as it did back then. Today we call people who do this “trolls.” But maybe we should start calling them the same thing Jesus did: “hypocrites.”

It’s no coincidence that the least judgmental people I know are also the ones most aware of their own sin and brokenness without Christ. We are all professional mistake-makers in need of a Savior. Wouldn’t it be amazing if we started acting more like it?

Darren Wilson is the Founder of Wanderlust Productions, a film/television production company that focuses on creating media that creatively and powerfully advances the kingdom of God around the world.