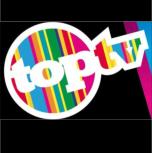 TopTV has sold advertising space to website AshleyMadison.com, a dating service aimed at people already in relationships or marriages who are looking to have affairs.

The embattled pay-TV service, which recently underwent business rescue, is the only South African broadcaster airing an advertisement for the company, according to a statement issued by the dating site.

The controversial advertisement, titled AM Bedroom Frolic, sees a couple engaging in foreplay while the captions on screen read: “This couple is married. But not to each other.”

The commercial ends with the website’s address and the slogan: “Life is short. Have an affair”.

Noel Biderman, founder and CEO of AshleyMadison.com, said that the site has seen an 18% increase in sign-ups since the advertisement was first aired on TopTV in mid-October.

“Our membership growth in South Africa continues with over 120 000 members since June,” said Biderman.

Here is what some Channel24 users say about the advert:

Judy Johnstone: “The advert is perhaps commercial savvy. But what if TopTV employees were found in the same position as the advert suggests!? Would they accept their husbands/wifes having affairs and what message are we trying to give to our youth?!”

Andries and Sandy: “This is morally corrupt and totally irresponsible behaviour. These kinds of adverts are desensitising young minds especially, and will lead to an even more debased society, with more broken homes, more ruined children, more hate, more selfishness (you name it) in South Africa! Media channels should have the guts to say no to this kind of ad.”

Jimmy Meyer: “This is morally corrupt, reprehensible and an exploitation of the worst in man.  It is in essence a complete departing from God and His ways.  God will not be mocked, though this might succeed in the short term, there is judgement after death which will bring all things to light and this sin will be judged.”