A new Christian gang is on the rise in the Northern Areas — The Truth Squad: UNCOVERED!

Theirs  is a name that is synonymous with combating gangsterism and all forms of crime with the message of the Gospel of the Lord Jesus Christ as their main weapon. They focus mainly but not exclusively  on the Northern Areas of Port Elizabeth where more than 130 people have died in gang violence in the past two years.The Truth Squad is spearheaded by founding partners Raymond Mateza and Neil Armstrong with a 4 member team backing them.

Truth Squad was formed two years ago after a heated debate ensued on social media networks about the increase of gang related deaths among the youth, the increase in drug abuse  — especially of ‘tik’,  and the rise in contact crimes including robbery and assault. Many people were identifying the increase in these activities but it seemed no-one was willing to do anything about it. A voice was needed, a platform was required for concerned citizens of the Northern Areas to voice their opinions and speak out against the heinous killing of local youth. Raymond Mateza of Gospel vocal group Legit and Gospel rapper, Neil Armstrong brainstormed a 24hr vigil session which birthed the Truth Squad in December 2012.

The initial plan was  to set a stage,create a party atmosphere to draw in ‘party animals’  who never go near anything that seems like a church service. A  DJ is brought on stage, music is played and crowds are drawn in.Various artists’ talents are showcased in the form of  singing, dancing, rap, mc’ing  and then suddenly the programme is ‘flipped’ as Mateza puts it. Ministry starts in the form of an evangelistic message which is ministered by among others Evangelist Riccardo Gallagher and an altar call is made thereafter. The respondents’ names are recorded and forwarded to a local ministry with whom the Truth Squad team partners for the event.This entire event is called a Block Party and is held in specifically what is known as a ‘parky’ in the community. To date 19 block parties have been held in all areas of the Northern Areas from Greenfields to Schauderville. The next Block Parties are scheduled for Monday, June 16 at Enon and Saturday, June 28 at Windvogel. The Truth Squad is also in action through the week — handing out soup from 6am at Chatty Clinic  on Mondays and Wednesdays, and at Booysens Park Clinic on Tuesdays and Thursdays. They minister at various school assemblies on Monday mornings and they are on air on Christian radio station PE FM at 4.30pm from Fridays.

The testimonies of the Truth Squad founding partners Neil Armstrong and Raymond Mateza make fascinating reading. They call themselves  “Two sides to the same coin.” 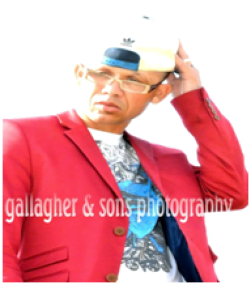 Armstrong was born to a large family in Salt Lake and raised by his grandmother and grandfather to the age of 18. The way he explains it, he received a lot of love and attention and grew up in a stable  home with strong values and beliefs. At the age of 18 he became an experimental teenager who wanted to ‘live out’ new founded freedom that comes with the age. He started hanging around with the ‘wrong’ crowd which seemed ‘right’ to him at the time.They spent their days smoking dagga, drinking and also acquiring freestyle  dancing  talents.They were a crew of 40 guys and girls who just worked out synchronised dance moves for hours whilst indulging in the destructive lifestyle of drugs, alcohol and reckless living. Soon he became involved in gangs –specifically with trigger happy gangsters who looked for all and any opportunity to flaunt firearms,rob others of theirs or just to use them as intimidation. In 1996 Armstrong and his gang attended a local disco in the Bloemendal area. He spotted a firearm on one of the young men which he wanted to have for himself. A setup to execute the plan was put in place and the young man fell victim to the gang’s ploy. Armstrong grabbed the firearm only to discover it was a toy gun. He became enraged and he and the gang beat the young man to a pulp.The security officers tried to break up the squabble which resulted in a shootout, leaving two of Armstrong’s fellow gang members wounded. Armstrong left the scene to return with another firearm to avenge the fall of his friends. He emptied a 16 shot magazine on the guard involved in the shooting of his gang partners.That same day Armstrong was apprehended and placed into police custody.

A  month after he was incarcerated Neil Armstrong committed his life to Jesus Christ as his Lord and Saviour and he has never looked back.Inside prison he was allowed to go and minister from one cell block to another resulting in a growing number of salvations and new believers joining him in spreading the Gospel. Some wardens asked Armstrong to minister to the  inmates in their cell blocks, testifying that the ministry resulted in a more peaceful atmosphere. Armstrong said disgruntled demonic strongholds reacted by stirring up violence between certain inmate groups. But he never allowed the demonic backlashes to deter him from winning souls to Christ. His faith was rigorously stretched in this time.

Armstrong was sentenced to 15 years imprisonment  for murder and possession of an illegal firearm and ammunition. He was released on parole after serving only 7 years of his sentence. The day he was released he recalls as if it was yesterday:he walked out of the gates of St Albans Prison, fell on his knees and worshiped God. The guards who escorted him fell on their knees too, declaring :  “This one will never return to this place!” Armstrong is a husband, and father who is permanently employed. And he continues to spread the Gospel — now through The Truth Squad.

The flip side of the coin

Identity crises is the reason most youth end up experimenting in all forms of destructive behaviour. Fortunately Raymond Mateza was an exception to the rule. He was named Bramwell  Raymond Gallant at birth — with his surname based on his mother’s maiden name of Gallant. But when his parents got married during his kindergarten years he was re-registered under his father’s surname. And somehow his first and second names were switched on his new birth certificate. Mateza clearly remembers when the teacher called the name Raymond he would assist in looking around for a response, so accustomed was he to being called Bramwell at home.

Despite the identity confusion Raymond grew up in a stable God-fearing family home in Arcadia, in the Northern Areas. His grandparents served as  oversight of the youth at the local church where they ministered. His parents were involved in the brigade and his mother becoming involved in the church  junior choir. It was in those years that a desire to see youth realise their full potential was birthed in Mateza. He was never caught up in any addictions or gang-related activity because he was exposed to his family enriching the lives of youth and he wanted to follow in their footsteps. His youth life was an example of the scripture : Train up a child in the way he should go and when he is old,he will not depart  from it. — Proverbs 22:6.

At the age of 18 Mateza became part of a group called “Legit for Christ”. The band visted various schools, ministering  the Gospel in the form of arts via singing, rap songs and different forms of dance. Mateza is a remarkable gospel rapper with a special bent for freestyle rapping.He writes his own lyrics and music but his main strength is raising up the next generation of youth to step into purpose and destiny.

Mateza describes the Truth Squad as a youth focused project team which aims to use the arts as a means to teach life skills to young people in the Northern Areas, restoring hope and unlocking potential. It is self sustaining but welcomes donations. Mateza can be contacted on  078 038 0763.