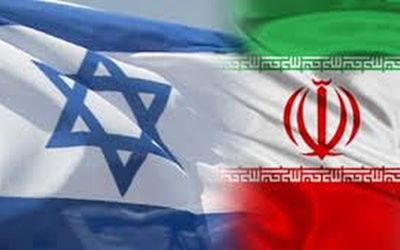 Opponents of Israel are building their own gallows

As Iran’s supreme leader calls for a ‘holy intifada’ to eradicate Israel, Jews everywhere can be encouraged that the tables were turned on a man from the same part of the world when he made a similar threat.

As we approach the annual Jewish feast of Purim (Saturday March 11/Sunday March 12), we recall the plot to destroy all Jews living in the ancient and far-reaching Persian Empire. The man behind it was Haman, political aide to King Xerxes, but thanks to the intervention of Queen Esther, his plan was ultimately foiled and the gallows he had constructed for his Jewish enemy Mordecai (cousin and guardian of the beautiful young Queen) was used for him instead.

In the same way today, those who side with the Islamic world in opposition to Israel are building their own gallows.

But as Barry Segal of the Jerusalem News Network put it: “Actually, it is Iran that is heading towards a confrontation with the international community with its support of global terrorism, its nuclear ambitions, and its unrelenting hateful tirades against Israel and the USA.”

Mordecai had learned of the 500 BC plot to destroy the Jews and managed to persuade Esther to approach the King on behalf of her people, even though it was against protocol to do so without being summoned.

“Do not think that because you are in the king’s house you alone of all the Jews will escape,” Mordecai warned. “For if you remain silent at this time, relief and deliverance for the Jews will arise from another place, but you and your father’s family will perish. And who knows but that you have come to your royal position for such a time as this?” (Esther 4:13-14)

So Esther resolved to risk her life for her fellow Jews, saying: If I perish, I perish. (v16)

Modern-day Iran is part of ancient Persia and its threat against Israel bears all the hallmarks of the Haman spirit, with successive leaders promising to wipe the Jewish state off the map and underscoring their sabre-rattling by boasting of missiles capable of reaching Tel Aviv in seven minutes. And all the time they continue to work towards nuclear capability.

But, as with Haman, their plans will be ultimately brought back on their own heads as the Bible makes clear that, in the last days, many nations will attack Israel and come under God’s judgment as a result. (See Joel 3:2; Zechariah 14:2f)

Modern-day Esthers are standing up
Thankfully, some modern-day Esthers are standing up to the bully-boys. America’s new Ambassador to the UN Nikki Haley, speaking of that body’s Security Council, says its “double standards are breathtaking”. Declaring that the US was determined to stand up to the UN’s anti-Israel bias, she said the prejudiced approach to Israeli-Palestinian issues “bears no relationship to the reality of the world around us.” (The Trump administration has indicated that it may pull America out of the UN Human Rights Council due to its Israel bias which even outgoing Secretary-General Ban Ki-moon has admitted to have been the case).

Watching an old Hollywood movie on the subject, One Night with the King, reminded me of how, just after retiring from full-time work in the newspaper industry, I felt the Lord say that I had been called to the kingdom “for such a time as this”, confirming an earlier call to be a “helper of Israel” in these last days by writing the truth about Middle Eastern affairs.

England’s own Esther has emerged in the form of a beautiful young lady called Aisling Hubert, who is having to pay a heavy price for standing up for the unborn, eight million of whom have been killed since the UK Abortion Act was passed 50 years ago. Aisling launched a private prosecution against two doctors who had been secretly filmed offering gender abortion. But the Crown Prosecution Service ruled that pursuance of the case was not in the public interest, and the doctors were awarded costs. An undisclosed settlement has been reached, and it is “a large sum”.
Aisling has been supported throughout her ordeal by the Christian Legal Centre. (Do get in touch with them if you wish to help by visiting www.christianconcern.com/aisling )

Mary, the mother of Jesus, performed an Esther role in carrying the Messiah, whom the devil tried to destroy at birth as Herod ordered the killing of Bethlehem’s infant boys in a desperate bid to prevent his crown from passing to the new king. (Revelation 12:4; Matthew 2:16)

In the end her soul was pierced by a sword, in fulfilment of Simeon’s prophecy (Luke 2:35), as she watched her innocent young son being crucified, aged just 33.

Yet in the fullness of God’s perfect time, and just a generation before the Jews would be scattered abroad by Roman brutality, Jesus himself stepped forward to die on behalf of his people, and of all who would, metaphorically speaking, mark the doorposts of their hearts with the blood of the Lamb.

But he was pierced for our transgressions, he was crushed for our iniquities; the punishment that brought us peace was on him, and by his wounds we are healed. (Isaiah 53:5)

Truly, Jesus (Yeshua in Hebrew) is the Jewish Messiah who has come to the rescue of his people in these last days. Welcome him in advance of that great day when his feet will stand on the Mount of Olives, east of Jerusalem. (Zechariah 14:4)