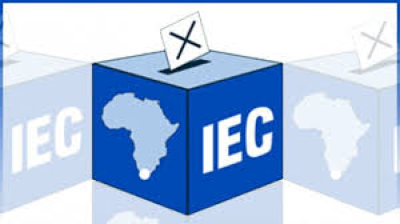 President Zuma announced recently South Africa’s fifth democratic General Elections will take place on Wednesday, May 7, 2014. This means you and I have 12 weeks to decide the nation’s fate.

Voters in democratic countries are given the power – once every four or five years – to change the course and destiny of their nation by electing men and women into positions of authority.

The worldview of the people we choose to elect into political office will ultimately determine the culture of our society. South African culture and public policy is currently dominated by secular humanism and liberal ideology — despite the majority of citizens supporting family values.

Public policy in South Africa is increasingly dictated by the United Nations where radical anti-family feminists and sexual rights activists dominate the development of global resolutions.

That is why South Africa appears more at home in liberal pagan Europe than in more conservative Africa. So far, the rest of the African nations have resisted the UN inspired anti-family agenda.

The ruling ANC and the official-opposition Democratic Alliance (DA) share the secular humanistic worldview of the United Nations. This means the political parties who enjoy the support of almost 80 percent of voters – actually represent the liberal ideology of just 15 percent of citizens.

Until you and I learn to vote our Biblical values we will never see it reflected in society. It is often said, almost 80 percent of South Africans identify themselves as Christian.

Considering the moral mess the country finds itself in these statistics are an indictment on the Christian Church. Eighty percent of citizens have no influence in their deteriorating society.

But the General Elections are designed to change this. Citizens are legitimately empowered to change the course of the nation by selecting political parties that best represent their values.

If you choose to abandon the principles of your faith and value system in favour of a “strong opposition” or political party that best represents your particular “complexion” then you cannot complain about South Africa’s alarming slide into spiritual and moral darkness.

South Africa’s challenges are firstly spiritual. The political party that understands that gets my vote.

Increasing government sanctioned sexual immorality, rape and violence against women, children and the aged, witchcraft, endemic corruption, plummeting education standards and social and economic instability are all symptoms of a nation in direct conflict with the laws of God.

On May 7,  2014 voters will be given the opportunity to make change happen. The political party you select will determine whether the nation stays on its disastrous course or changes direction.

PS: On Tuesday, February 11 at 8pm “Watchmen on the Wall” on TBN Africa discusses the rationale behind the “Collective For Democracy” with the leaders of COPE, the ACDP, the UCDP and FF+.