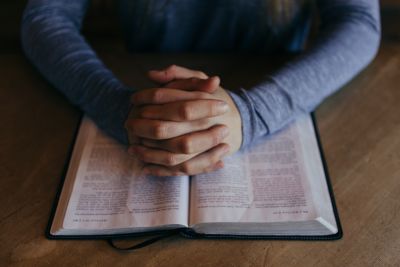 By Freedom of Religion South Africa (FOR SA)

From May 15 to 17 the Johannesburg High Court will hear the long-awaited case of OGOD v Laerskool Randhart & Others.

This case, which has been described as a watershed case in South Africa and which may well end up in the Constitutional Court, concerns the right of public schools to align themselves with a particular religion (in this case, Christianity) and to promote or hold themselves out as a school with a particular religious (in this case, Christian) ethos and/or values.

Should OGOD be successful in court, it can mean the end of (even voluntary participation in) scripture reading and prayer, praise and worship, SCA and other Christian activities in public schools.

If this were the outcome of the case, it may well have an immediate knock-on effect on the freedom of other state and state-aided institutions to allow religious observances in the institutions.

And although a negative outcome in this case will not have a direct impact on private schools, it may well set a precedent and principles which could be used to review their status at some future point.

What is the case about?

The plaintiff is the “Organisasie vir Godsdienste-Onderrig en Demokrasie” (OGOD), a secular organisation who alleges that they are acting in the public interest and particularly in the interest of children in order to protect them “from having their constitutional rights infringed on the altar of religious observances and instruction”.

The defendants are six public schools (three primary and three high schools), represented in the matter by the Federation of Governing Bodies of South African Schools (FEDSAS).

The schools all have a Christian ethos and values, but admit learners from other religions to the school and grant them the freedom to excuse themselves from Christian activities. (Other parties to the case, include the Ministers of Basic Education, and Justice. Various organisations have also joined as “friends of the court”, to assist the court in respect of the legal considerations which need to be taken into account in a matter such as this).

OGOD is asking the court further to interdict each of the schools individually, and to order them to stop certain religious (i.e. Christian specific) practices in their schools, including the following: having mottos and school badges that reference or symbolise a belief (particularly in a triune God), the singing of religious songs, having SCA activities as part of the school’s weekly activities (even during break times), reading of Scripture and prayer at the beginning or end of school assemblies or the school day, inviting religious leaders to speak to learners, allowing prayer to a Christian god before or during sport games, the handing out of Bible material and/or promotion of Bible stories, and presenting creationist teachings or references as factual.

Although OGOD is emphatic that its case against the schools should not be viewed as an attack on Christianity but merely as an application to protect the rights of all learners, FEDSAS argues that this is exactly what the case is. Why else would OGOD (a recognised atheist organisation) target public schools with a Christian character only – particularly when the order OGOD is asking the Court for would have a direct impact on each and every public school with a religious ethos (whether Christian, Muslim, Jewish, etc) in South Africa?

What does the law say?

Section 15 of the constitution, under the heading “Freedom of religion, belief and opinion”, provides as follows:

“(1) Everyone has the right to freedom of conscience, religion, thought, belief and opinion.
(2) Religious observances may be conducted at state or state-aided institutions, provided that – (a) those observances follow rules made by the appropriate public authorities;
(b) they are conducted on an equitable basis; and
_ (c) attendance at them is free and voluntary.
(3) …”

The relevant schools in this case, are all public schools who enjoy (financial and other) aid from the State. As such, and in terms of s 15(2) of the Constitution, religious observances (i.e. religious practices including Scripture reading and prayer, praise and worship, mediation and reflection, witnessing, fasting and other dietary practices, religious dress, etc) are in principle allowed, subject to the three conditions mentioned above.

In this case, much technical legal argument revolves around the meaning of “appropriate public authority” (is it the Minister of Education, the school governing bodies, or both?); “equitable basis” (does this mean that all religions should be treated the same, or that the majority religion may enjoy priority as long as minority religions are reasonably accommodated?); as well as “free and voluntary” (in circumstances where OGOD contends that non-Christian learners, for fear that they will be labelled and ostracised should they not participate in the “majority” religion, are “indirectly forced” to participate in Christian activities).

While the constitution specifically allows religious observances, it is silent on the issue of religion education and religious instruction.

The National Policy on Religion and Education (which does not have the same legal force as legislation, but does serve as a guideline) makes this distinction however, and says that religion education (i.e. the study of different religions, what they believe, etc as part of the compulsory curriculum) is the responsibility of schools; whereas religious instruction (i.e. instruction in the beliefs and values of a particular religion, with a view to instilling those in learners) is primarily the responsibility of the home, family and religious community.

The policy does however encourage schools to make their facilities available for religious instruction, provided it does not interrupt or detract from the school’s core educational purposes (e.g. for voluntary gatherings and meetings of religious organisations outside of school hours, or during break times).

In this case, religion education is not in dispute. What is in dispute however, is religious observances and (in the case of two schools) religious instruction.

Why is the case important?
The case is important because it asks the question: what is the place of religion in public schools?

That there is a place for religious observances (subject to certain conditions), is certain (section 15(2) of the Constitution).

The guarantee in our constitution is freedom of religion, not freedom from religion as OGOD is apparently advocating for in this case.

The question that the court will thus have to decide, is: What does this mean, and what does it look like in a rainbow nation such as South Africa where every person and learner (Christian, Muslim, Jew, atheist, etc.) has the right to have his/her religious beliefs (or non-beliefs) respected, protected, promoted and fulfilled?

While some, particularly because of the challenges and potential conflict posed by a diverse environment, may argue that religion is best left at home (and out of school), it is not that simplistic.

As Christians, we believe that our religious convictions are not a (private) compartment of our lives, but are the centre of everything in our lives and around which everything else fits in. 1 Corinthians 10:31 says: So, whether you eat or drink or whatever you do, do it all for the glory of God.

In the Constitutional Court case of Christian Education South Africa v Minister of Education (2000), Judge Sachs (who self-identifies as an atheist) recognised the centrality of religion as follows:

“There can be no doubt that the right to freedom of religion, belief and opinion in the open and democratic society contemplated by the Constitution is important. The right to believe or not to believe, and to act or not to act according to his/her beliefs or non-beliefs, is one of the key ingredients of any person’s dignity. Yet freedom of religion goes beyond protecting the inviolability of the individual conscience. For many believers, their relationship with God or creation is central to all their activities. It concerns their capacity to relate in an intensely meaningful fashion to their sense of themselves, their community and their universe. For millions in all walks of life, religion provides support and nurture and a framework for individual and social stability and growth. Religious belief has the capacity to awake concepts of self-worth and human dignity which forms the cornerstone of human rights. It affects the believer’s view of society and founds the distinction between right and wrong. It expresses itself in the affirmation and continuity of powerful traditions that frequently have an ancient character transcending historical epochs and national boundaries”. (para 36)

Of course a school is not a place of worship in the same sense as a church or mosque or synagogue.

The question that the court will have to determine in this case is therefore not whether religion has a place in public schools (it does), but what the boundaries are – especially in the context of these specific schools (all of whom have a learner composition which is virtually 100% Christian), but also in the broader context of a diverse country such as South Africa that “belongs to all who live in it, united in our diversity” (Preamble to the constitution).

Given the impact of this case – not only on the six schools involved in the case, but potentially on all public schools and by implication on the millions of people (teachers and young people) in South Africa whose deepest convictions and day to day lives will be directly affected by the outcome, both now and for generations to come – we would ask you to stand with us in prayer for this case and to trust for an outcome that will protect rather than curb our freedom to believe, to say what it is we believe and to live our lives accordingly.

*Note: Although FOR SA is not a party or directly involved in the case, we carefully considered the complete papers and heads of argument filed with the Court. FOR SA’s legal counsel has also been approached to assist the Council for the Protection and Promotion of Religious Rights and Freedoms, who is a “Friend of the Court”, in this case.

Support FOR SA:
Freedom of Religion South Africa (FOR SA) is a non-profit organisation working to protect and promote religious freedom in South Africa. Most recently, the organisation made submissions with regard to the proposed Hate Crimes and Hate Speech Bill, and the CRL Rights Commission’s proposed regulation of religion in SA.

Support FOR SA by:
Praying for us;
Joining the organisation and/or subscribing to our Newsletter (at no cost), on www.forsa.org.za;<br?
Following us on Facebook at “Freedom of Religion SA”; and
Making a donation at www.forsa.org.za/donate