A monthly column that reflects on living in the Kingdom of God.

Recently, I was having one of those conversations about our history in South Africa.

A few days later, I stumbled upon a video shared on Facebook. The video is entitled A lesson on South African history by President Jacob Zuma. The history lesson could have been shared by many people (including some of my past history lecturers) who would not in any way support the president.

The view is one that is widely-held locally, continentally and globally in many quarters. Before expounding on the various phases of discrimination and injustice suffered by black South Africans, the president began with a statement that was met with significant applause in parliament, but is in need of serious questioning.

His opening statement referred to an original statement made earlier, which would therefore require him giving a history lesson. The president stated the following: “History is history…When I said ‘when Jan van Riebeeck landed in the Western Cape, our problems began’, it is a historical fact.”

I did not have any qualms with his statements concerning apartheid, the creation of the Union of South Africa or the Anglo-Boer/South African war. It was the prior foundational statement that I wrestled with, and it is this statement that makes a massive difference, not only for our nation, but for the world over.

What the president (and many others) did, was to pin the origin of our problems upon the arrival of white settlers in 1652. This begs a larger question: When did things really go wrong? Another way of asking this, though we may not think so at first, is this: what is a biblical view of history, and why does it matter?

Worldviews
It is vital to ask the question: “Where did things go wrong?” for an obvious reason: to help us to try put things right. In Africa and the rest of the developing world, the question is particularly pertinent. Yet the answer may not be so simple as merely uncovering the facts. Prior to ‘the facts’, our worldview will inform us as to the primary cause and therefore the primary solution. Worldviews answer the following four questions, often in very different ways:

Creation: Where we did we come from?
Fall: Where did things go wrong?
Redemption: What will make things right?
Glorification: When will everything be made right?

A popular and politically correct way of looking at the crises we face in South Africa, Africa and the developing world, is the idea that ethnic-based colonialism is the primary reason for our malaise, resulting in poverty.

What the President said has resonance with many across the so-called global South. In many circles, this has become largely unquestioned, with numerous examples cited in favour, including apartheid, slavery, human rights abuses, forced removals and the colonial project. 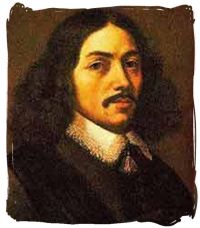 Yes, all of these happened. Yet If this statement about Jan van Riebeeck (or Christopher Columbus in the Americas or Captain James Cook in the Pacific) is true, it follows therefore that the dismantling of colonialism (and neo-colonialism) will make things right and bring an end to poverty. Diagnosis, prescription, cure…voila!

However, if this is the primary reason, this still leaves us with some unanswered questions: How is it that nations that were never colonised, such as Ethiopia — are still struggling with poverty? How is it that the nations that experienced the greater (not lesser) degrees of colonialism in Africa — notably South Africa – are comparatively much better off than countries that experienced much lesser degrees, such as Niger?

How is it that…?
How is it that other countries that only recently gained independence, such as Singapore in 1967 – are no longer impoverished, while other countries such as Liberia — independent from 1847, are in dire poverty? How is it that immigrants can come to South Africa with nothing, often unable to speak a local language and with little to no prospects of a formal well-paying job, and still make something of their life despite the challenges they face?

Apartheid and colonialism have had many serious consequences. Nevertheless, a Christian worldview of history begs us to dig deeper to the root. Coming back to a biblical view of history, the Bible clearly teaches us that things went wrong when Adam and eve disobeyed God in the Garden.

We sometimes grasp this for individual lives, but because of our secular acceptance of education, we almost never apply this to our national lives. Let’s do that for a moment and question the statement through a biblical lens.

In the grand story of history, the Bible teaches us that things began to go wrong in Africa, Asia, South America, Australasia and the rest of the world, not when white explorers landed on their shores, but when Adam and Eve sinned in the garden. The manifestation of this may differ from person to person and region to region, but the root is the same. To summarise: our problems didn’t begin with Jan, they began with Adam. We don’t have a skin problem, we have a sin problem.

Sin not skin
Looking through this biblical lens we will see the wrongs that president mentioned, but we will also see a lot more that he did not. What a biblical lens will do will take us from watching a movie on a bottom-of-the-range laptop, to watching on IMAX. This will not deny the traditional white on black abuses of history, but it will show us that there are a lot more that do not fit into this category. (Like I said, if we go back to Adam, we see we have a sin problem not just a skin one.)

If we have the courage to face some uncomfortable realities and swim upstream, we will find ample evidence of tribal warfare, slavery, genocide, forced removals, rape, torture, cannibalism, conquests and more in all of these regions prior to colonialism.

The accounts of Afro-phile missionary David Livingstone speak of the horrors of inter-tribal and Afro-Arab slavery in Central Africa, prior to white colonialism. Ironically, this is part of the reason Livingstone issued a worldwide call for foreigners to come to Africa, pleading for anyone to come and help heal this “open wound of the world” with these famous words: “All I can say in my solitude is, May Heaven’s rich blessing come down on every one — American, English, Turk — who will help to heal this open sore of the world.”

Staying with slavery, you will find our school curriculum dealing with the subject exclusively under the heading: “the Transatlantic Slave Trade”. The vast majority of students therefore end up knowing a lot about this slave trade, but nothing about intra-African slavery or the Arab slave trade that existed for longer and resulted in greater casualties than its oft talked about Atlantic counterpart.

In What If The Bible Had Never Been Written, authors D James Kennedy and Jerry Newcombe write the following: The Spanish conquistadores who explored the Americas were guilty of many heinous crimes, as in the region of Peru where the conquistadores forced the Indians to mine gold. Thousands died in the process. (however,) the mistake the politically correct crowd makes is to present the Europeans (Christians) always as the bad guys – exploitative, oppressive – and to present the native Americans always as the good guys – peace-loving, in harmony with nature.

Historian John Eidsmoe describes what Hernando Cortez and his men found when they entered the Aztec temples in Mexico: As they entered the temples they discovered that everything Diaz and Gomara have described in other parts of Mexico was here in the city: …idols complete with basins in which to place sacrificed human hearts, the walls and steps coated with blood and human gore, the enormous piles of skulls and bones, and there was more.

Gomara described an ossuary or theatre made of skulls and mortar: “Andreas de Tapia, who described it to me, and Gonzalo de Umbria counted them one day and found them to number 136 000 skills, including those on the poles and steps. Those in the towers could not be numbered.”

Julius Nyerere
The same could be said in the post-colonial era. Speaking out against the atrocities committed by Ugandan dictator Idi Amin in the 1970’s, Tanzanian president Julius Nyerere said: “Since Amin usurped power he has murdered more people than Smith in Rhodesia, more than Vorster in South Africa. But there is this tendency in Africa that it does not matter if an African kills other Africans…Being black is now becoming a certificate to kill fellow Africans.” 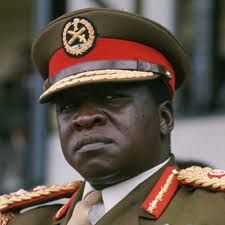 This is the terrible consequence of seeing history solely through the lens of ethnic colonialism: genocides, dictatorship and a whole host of other wrongs simply go under the radar.

The reality therefore, is that without applying the great equalizer of the cross to our lives, we cannot see the world clearly.

Conclusion
Author Darrow Miller provides a fitting conclusion as he compares how other worldviews wrongly identify the primary cause of poverty: “Each of these three systems (of evolutionary secularism, revolutionary secularism and animism — ancestralism in our context) have an element of truth.

“For the sake of profit and ‘tolerance,’ multinational corporations do turn a blind eye toward terrible crimes against humanity. Brutal, tyrannical regimes exist. Unjust landowners don’t allow their tenant farmers enough land to feed their families. I know corruption. I know greed. These things are real and have an impact on people’s lives.

“Colonialism has had an impact. Neocolonialism has had an impact. There really are spirits that affect our lives. These facts are evident. But each of the three views we’ve briefly examined is fundamentally flawed in its assessments. It doesn’t look deep enough because of its assumptions. When we look at the same problem through the story of the Bible, our biblical worldview leads us to a much broader and deeper analysis and to radically different solutions.”

If we truly want to get to the root of our problems, let us challenge political correctness and look broader and deeper than ethnicity and colonialism: let’s begin with sin in all its manifestations.