“Who would you choose for President if you could?” asks the New Nation Movement (NNM), in a five-question  survey aimed at getting people to engage with a new era of democracy that is dawning in South Africa.

The survey which also asks respondents to suggest up to 12 new people who could help turn the nation around if elected to Parliament, is part of a campaign by the NNM to broaden the base of democracy by raising high-calibre. non-partisan candidates to stand in the House of Independents. which it has registered with the IEC for the May 8 general election.

Please participate in the quick survey below, share it via your networks, and help to transfer power from political parties to the people, said Bulelani Mkholiswa of the NNM in an interview in which he updated Gateway News on some of the movement’s latest electoral reform initiatives. Your survey input can help to make history by helping to raise a new generation of godly parliamentary leaders. 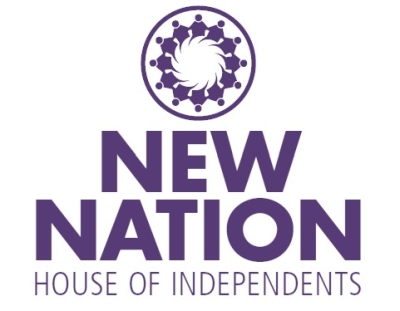 Key court date on Thursday
Mkholiswa urged Cape Town believers, who wanted the political system to be changed, to come and give the NNM support at the Western Cape High Court next Thursday (March 7 2019) when it challenges the government to address a tension between the Constitution, which recognises the right for independents to stand for public office, and the Electoral Act, which only provides for political party candidates.

He said they wanted the court to address timelines for electoral change to ensure that independent candidates could stand for office by the 2024 elections.

He said they registered the House of Independents for this year’s elections with the IEC because they realised that no matter what the High Court rules on the proposed electoral reform. it would be too late to implement by May 8.

He urged believers to engage with its campaigns to keep up necessary pressure for change. The NNM’s vision was for the public to have the opportunity to choose parliamentary candidates who it believes would represent their will, and would be accountable to them and not to political parties. The public should also have the opportunity to elect the President of the country and cabinet ministers who were expertly qualified to carry out their respective portfolios, he said.

If you would like to officially nominate candidates for the House of Independents for the May election you can download a nomination form and the NNM Bill of Values. You can email the completed form (a photo is fine) to Bulelani Mkholiswa at Lanipako@gmail.com.