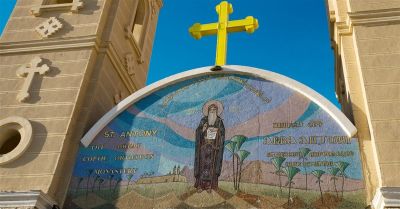 A woman who was injured and left disfigured from a church bombing in Cairo, Egypt in December 2016 has not given in to discouragement and despair, and instead has said that Jesus sustained her and even appeared to her in visions.

The Christian Post reports on Samiha Tawfiq Awad’s incredible story. Awad and her husband, Qalini, were attending St Peter’s Church on the morning of December 11 when the attack occurred.

Awad was very near the explosion and was badly injured. Qalini rushed her to the hospital where she fought for her life and was very near death. She was so disfigured from the bombing that she was barely recognisable.

Despite this horrific trial, Awad says Jesus allowed her to pull through. He even gave her the grace to forgive the perpetrators.

“I remember that I saw Jesus on the ceiling when I was lying on the ground after the explosion,” she recalls.
“I would have been willing to die for Jesus,” she continued, “but the fact that He kept me alive so miraculously tells me that He wants me to live.”

Qalini echoed his wife’s faith: “The doctors might’ve given up on Samiha, but God had another plan!”