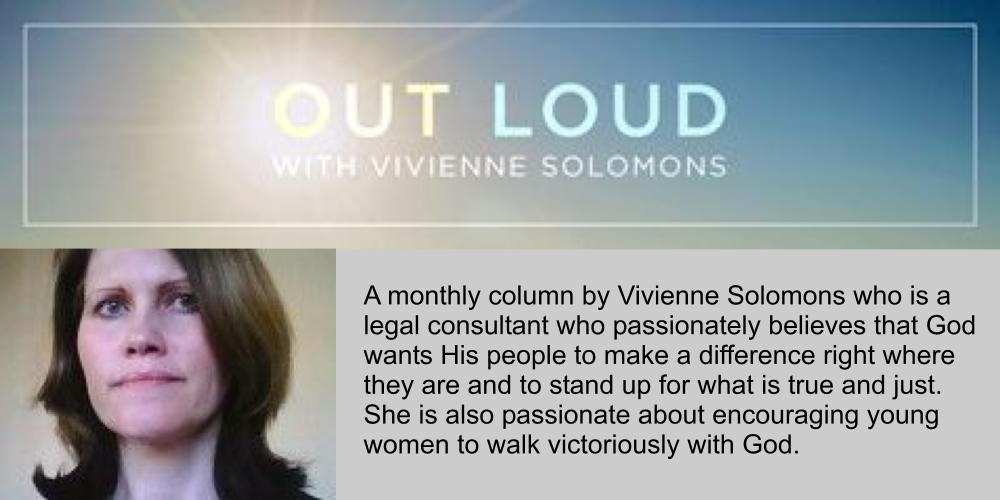 The quote “Be the change you wish to see in the world” is often attributed to Mahatma Gandhi, a lawyer from India, who famously employed non-violent or “passive” resistance to lead the successful campaign for freedom from British rule in his own country and, in so doing, inspired movements for freedom and change around the world.

Interestingly, what Gandhi is actually on record as saying is: “If we could change ourselves, the tendencies in the world would also change. As a man changes his own nature, so does the attitude of the world change towards him … We need not wait to see what others do”.

As the celebration of Women’s Month comes to a close and the spotlight on women and the obstacles many of us continue to face in the modern world inevitably shifts, I would like to offer my thoughts on how we as women can contribute to positive change in every sphere of society — in the home or in the workplace, in schools or in the church — simply by being ourselves and recognising not only the value God places on our lives as women but also that we have been created by Him for a purpose.

Just to be clear, I am not referring to the countless numbers of women in vulnerable situations around the world, who are enslaved in some form, without the ability to make decisions for themselves and without access to basic freedoms or any recourse to the law and the protection it may afford.

It is, after all, one thing to desire change, quite another to embrace everything that change may bring to our lives, even when it is good.

Once again, I am not referring to situations where the display of such courage carries with it the risk of formally and forever being disowned by one’s family and community, imprisonment, disability or even death.

I believe that when we know
who we are,
that we are fearfully and wonderfully made by the Creator, our Father in Heaven,
that He has given us a future and a hope, and
that we have been created by Him for a purpose as unique as we are,
then we can experience freedom from any possible kind of limitation that we (yes, we) or others can ever place on us, for whatever reason, including the fact that we are female.

I like the question Lisa Bevere, New York Times bestselling author and international speaker asks of women in her new book Godmothers: Are we going to be women who echo problems or prophesy solutions?

Her encouragement to us is to “step up as people of conviction who speak and confront to make peace rather than compromise to be peacekeepers.”

Note the important distinction Bevere makes here: peacemakers versus peacekeepers. For keeping the peace and making the peace are not the same.

Significantly, in Matthew 5:9 Jesus said: “Blessed are the peacemakers for they will be called sons of God”. Biblically speaking, a ‘peacemaker’ is someone who is actively seeking to reconcile people to God and to one another and it often involves conflict before resolution or “peace” is achieved. Peace is based on justice and righteousness, without which lasting peace is not possible.

Given that we serve the God of righteousness and justice, it comes as no surprise then that we are required to be peacemakers in our world. More than this, we are called blessed when we do.

So, let us not sit back and accept the status quo because “that’s just how it is” or “that’s how things are done” or “that’s what’s expected of me as a woman”.

Let us be the change we wish to see in the world.
Let us stand up for what we want.
Let us speak up for those who are unwilling or unable to speak for themselves.
But let us do it in love, secure in our identity as children of God, the One who enables and emboldens all of us, both men and women, to live fully alive to our purpose.