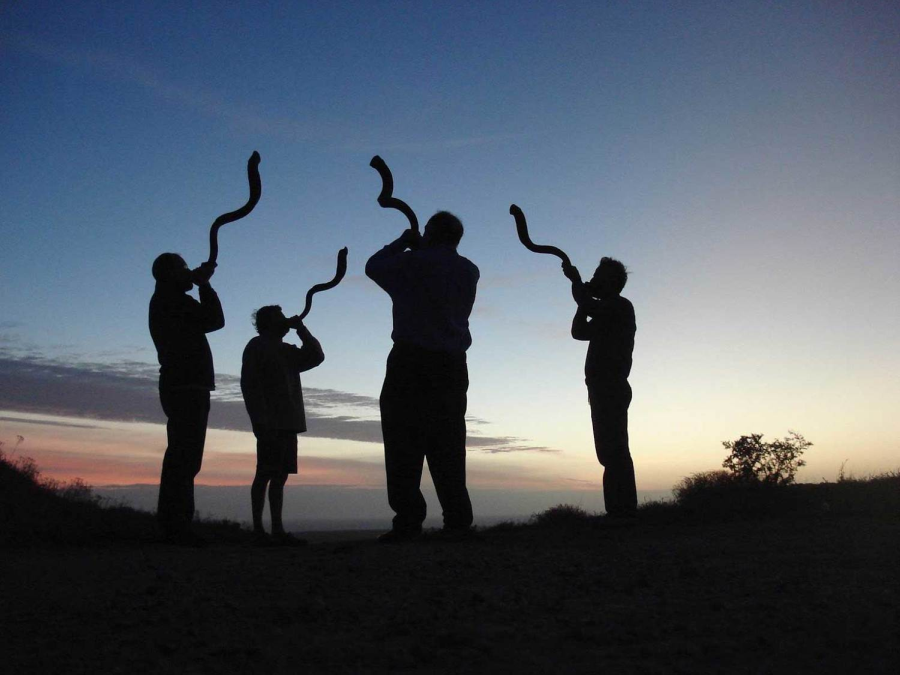 “Once more I will shake heaven and earth, the sea and the dry land, and I will shake all the nations, and they shall come to the Desire of all Nations; and I will fill this temple with glory, says the Lord of hosts”. — Haggai 2:-7

A period of shaking often brings such turmoil and uncertainty in our lives, that we forget that the Lord promised that He would fill the temple with His glory after the shaking.

Today our lives, our nations and the nations of the world are being shaken and while there may be fear and despair, we must press in prayer to see the manifestation of the promised glory.

When we heard of the outbreak of COVID-19 around the world we began to pray because it was clear that this outbreak was going to bring a shaking in the nation. With South Africa being so globally connected we recognised the risk this virus would pose to the nation.

After the president’s March 15 announcement of measures to be taken in response to the virus, fear, panic and gloom released to the nation. His announcements of the COVID measures came shortly after the announcement that the country was facing a technical recession.

This led us to more prayer and fasting. Over the years we have been praying and proclaiming prophetic words spoken over the nations by different prophets over a period of 100 years. And these reports of fear and gloom were completely contradictory to the prophectic words about our nation.

The understanding I received after listening to the president and praying is that, as head of government the president was doing his part in giving political direction. However, I believed that as the Church we needed to do the part that only we can do, which is to seek the face of God and give spiritual direction in the midst of this pandemic.

While this situation may be new to us, situations like these where there is crisis in the land and government leaders take decisions are found in Scripture. The Bible is full of stories of nations that faced similar challenging situations, but when kings allowed the prophetic voices in the nation to give spiritually-discerned counsel, these nations were spared

I was deeply troubled that Church leaders were all ready to take the president’s political direction without first coming together to seek the Word of the Lord. We, as ministers of the Gospel, ought to know that God is able to save a nation in times of crisis because He is not taken by surprise about the shaking we find ourselves in. Also, by not giving spiritual direction the Church denies the nation the possibility of a divine solution.

We have read stories of God’s intervention when nations faced major challenges and through the counsel of God’s people the nations were spared. One cannot imagine what the outcomes would have been had Queen Esther, Mordecai and the Jews not taken time to fast and pray after a decree was issued against them.

The same can be said of the three Hebrew boys Shadrack, Meshack and Abednego, and Daniel if they too had decided to just comply with the king’s decree without seeking the counsel of their God. Their faith in God caused them to be willing to sacrifice their own lives so that the name of the Lord might be exalted in the nation.

My hope was revived when I heard Chief Justice Mogoeng calling the nation to pray. In heeding this call we were able to gather on the last Wednesday before the lockdown to pray. I got to understand how strategic that day was after learning that it was a miniature Day of Atonement to usher in the Passover month of Nissan — a time when the children of Israel remember the demonstration of the power of God in delivering them from Egypt, and we remember our Lord Jesus who become our Passover lamb.

After this meeting one of the leaders received a prophetic instruction that we should gather intercessors to blow shofars towards the four cardinal points, seven times for a period of seven days. This instruction was carried out with intercessors from across the nation, including a team of over 30 intercessors led by Amanda Le Roux in Mpumalanga.

On the morning of the last day of blowing the shofars, I received a word that the world will be delivered by the Word of God, prayer and worship. This message was not new to me because it is exactly what we had received after we went through a period of shaking in 2001. At that time the Lord gave us his Word and songs of healing based on Scripture. These songs were compiled into a CD and we understood that in the same way that we received our healing and deliverance through prayer, worship and the Word these songs would also bring healing to the nation.

This understanding of the power of the Word of God to heal also birthed the Healing of the Nation campaign, where we put together a booklet with the Word treatment, which is three scriptures of hope, healing and restoration. These were also recorded into video clips read by people from different nations who also joined to pray for the healing of the nations.

We are now making these resources available to Church in South Africa and the nations of the world. [See links at bottom of this page]

While the focus may be on coronavirus, many people at this time are becoming victims of mental illness, stress and all forms of anxiety and other diseases. In this time when we are locked-in and unable to congregate, we must return to the Lord and rediscover the power of His Word to bring hope, healing and restoration.

He sent His Word and healed them, and delivered them from their destructions — Psalm 107:20

The resources mentioned above can be downloaded at the following links:

Healing The Nations booklet — Scriptures only