[notice]The following perspective was written by a Christian leader in Zimbabwe after the 2013 elections. His response to the results can be seen as representative of the emotions experienced by many Christians around the world who are disappointed when hope is not realised. — Originally published in INContext Ministries’ World In Motion, Issue 86.[/notice] 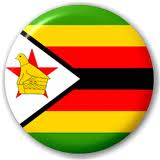 “Quo vadis, Domine?” Several times I have been reminded of these Latin words, from a Polish novel written by Henryk Sienkiewicz in 1895. In his story of the life of the early church he makes use of these words, by ancient tradition originally spoken by Peter as he fled from Rome. Peter met Jesus, who was walking in the opposite direction, towards Rome. Surprised that the Lord was heading towards the place of persecution, Peter asked, “Quo vadis, Domine?”(“Where are You going, Lord?”) On hearing that Jesus was going to suffer in Rome, Peter turns around, retraces his steps towards Nero’s cauldron and walks to his torturous death.

On July 31st, Zimbabwe held Presidential, Parliamentary and Municipal elections. Headlines in the state-controlled press the next day screamed of a “landslide anticipated for Mugabe”. On August 3rd and 4th, I was with my family hours away from Harare and from news, and running through my mind that weekend as I thought back to the election result, were Peter’s words, “Quo vadis, Domine?” – “Where are You going, Lord?” And the question invited other questions: “What are You doing, Lord?”, “How can this happen, Lord?”, “Why has this happened, Lord?” and “What do we do now, Lord?”

The past four and a half years have seen in Zimbabwe an unprecedented state of calm, political openness, subdued optimism, press freedom, even stocked grocery stores. Though the economy has continued to slowly erode, the anticipation of political change and therefore more confident external investment raised quiet hopes of economic recovery. Bruises and wounds from previous politically connected violence have had time to recover, with victims thinking maybe those days are now over. And now?

It struck me that the only thing more discouraging than the possibility that the election had been rigged, was the possibility that it had not been rigged. If I knew for certain that the majority of Zimbabweans really believed that the same government responsible for so much suffering and destruction and poverty and pain and death over the past years was the government they wanted to continue in office, I would feel despair for any prosperity and peace for our country in the near to not so distant future.

Shortly after the announcement of the result, Mr Mugabe was inaugurated yet again as President of Zimbabwe and the day was declared a public holiday – street talk says that was the only way to guarantee a full stadium for the event. Morgan Tsvangarai had early cried foul concerning the election, as figures returned bore no resemblance to what was anticipated. But his attempts to exercise his right to access to ballot boxes through legal application were thwarted by the prevarications of the judiciary, and his case before the Constitutional Court was thrown out, lacking as it did the necessary evidence because of this delay. If one has power, one does not need law. If one lacks power, one must trust law. But if law is perverted by power, what do the powerless do?

Judgement
The Old Testament prophet Amos said frightening things about the future judgment of Israel, an Israel who “tramples on the poor … who afflicts the righteous, who takes a bribe and turns aside the needy in the gate”, who “hates him who reproves at the gate”, and “abhors him who speaks the truth” (5:10-12). Our nation is not Israel and the prophets speak more to the saved church of God in a nation than to unsaved leaders in power within that nation, but nonetheless it is chilling to read of the fierce judgment of God making the earth undulate like the Nile, and melt like water (8:8). Is this the “where He goes”?

We really do not know what the future holds here in Zimbabwe now with this election result. How many discussions, I wonder, in homes, at bible studies, in beer halls, at clubs, over tea, in sports club showers, have centred on the contemplation of another five years, at least, of ZANU-PF governance? How many business meetings have been held to try and work out what to do now in the new environment of economic uncertainty, with spectres of a resurrected Zimbabwean currency concerning bankers and housewives alike? How many Christians, at prayer meetings over the past few weeks, have stumbled over words, and wondered what to pray? How many pastors, sitting at their studies, have wondered what to preach?

“Quo vadis, Domine?” … followed by another question: “What now, Lord?” Zimbabweans are renowned for a common phrase, “We will make a plan”, but what is His plan? That is where many of us are as Christians in Zimbabwe: “What now, Lord?” A question mark ends all statements concerning the future. All statements that is, other than statements like this: “He knows the way that *we+ take, and when He has tried *us+ *we+ will come forth as gold” (Job 23:10).

“Quo vadis, Domine?” We don’t know the answer. But He does.