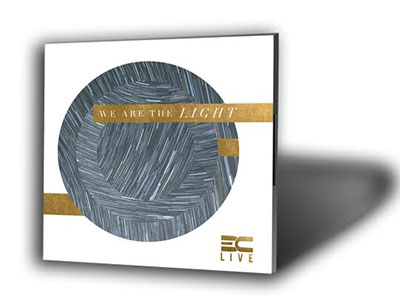 3C Live includes several worship leaders from 3C Church and the album was recorded during the annual 3C G12 Conference at the Heartfelt Arena in February 2017.

The group has won three Crown Gospel Awards and their music captures the heart and sound of their local church which is multi-racial and vibrant, says CMD.

The latest album features dance along songs like Fill The House, Halalela and album titleWe Are The Light, as well as heartfelt, personal worship songs such as You Take My Breath Away, Kingdom Come and All Through His Blood.

With theme verses John 1:4-5 and Matthew 5:14-16, their prayer is that through their songs people will experience Jesus, the Light who defeated darkness, through whom we are the light of the world with the power to conquer darkness.

The CD is available from Takealot.com or directly from CMD Entertainment Africa.