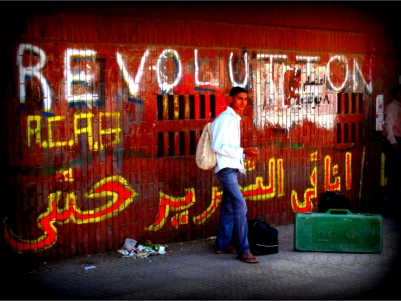 An Arab Christian leader serving in a closed, Islamic-ruled country will brief South Africans next week about the Arab Spring Revolution from a Christian perspective.

He is a keynote speaker at INcontext Ministries’ youth and young adult oriented 23:59 Missions Conference which is being held in Kimberley (July 9), Port Elizabeth (July 11) and Johannesburg (July 14).

Timothy (name changed for security purposes) and his family have been living and working as Christian ministry leaders in a closed country for the past five years. After the Arab Spring Revolution of 2011, they opted to stay in this country despite the risks posed to foreigners. Last week, more churches were destroyed in the city in which they live.

Yet Timothy is accustomed to serving in life-threatening ministry contexts. A number of years ago he led an outreach group that was ambushed by Islamist extremists after screening the Jesus film in a rural area. Three of the team members were killed. But this has not caused Timothy to scale back his ministry efforts. In fact, he is part of a group planning to return to the area in which the ambush occurred. When asked about this, Timothy replied: “What is my life? My life is worth nothing unless I am doing what God has called me to do. And if I die, I die. The work will go on.”

Mike Burnard, founder of INcontext Ministries, says of Timothy: “For this faithful servant who has witnessed the martyrdom of friends and still continues to labour for the Kingdom, sacrifice is not a theology nor is service a theory.”

At the day session of the 23:59 Conference, which is aimed primarily at youth and young adults, Timothy will share about the call to discipleship and the cost that is involved. In the evening he will be focus on the current situation in the Arab world.

2011 saw massive political upheavals in North Africa and the Middle East, with the Arab Spring Revolution sweeping through neighbouring countries bringing about unprecedented changes. And while democracy appeared to be the desired outcome of the uprisings, Islamist leaders seem to have made the most of the opportunity to strengthen their political positions. Islam in itself does not allow for democracy as we know it in the west, but calls for a single-religion theocracy that seeks to extend its power and influence on a global scale.

And this can only have serious repercussions for the church in the Middle East. By the end of 2011, it was estimated that 250 000 Christians had fled Egypt, seeking a ‘better and safer’ life in Europe and America. If this was the case for Egypt, home to the largest population of Christians in the Middle East, what are Christians facing in countries in which they form an even smaller minority?

Timothy will bring a wealth of insight to our understanding of the whole situation, sharing an inside Christian perspective which has not made it to mainstream media reports. As the church, we need to take Jesus at His word, and that includes obeying His instructions to stay awake, alert and informed (Mark 13).

The evening session of the conference in Kimberley and Port Elizabeth is open to everyone and is free of charge (though an offering will be taken for Timothy’s ministry). In Johannesburg, the sessions on the Arab world will form part of the morning event.

Details are as follows: