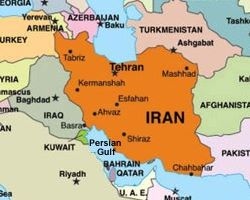 A Christian convert has been sentenced to two years in prison by a Revolutionary Court in Tehran.

Leila Mohammadi received the sentence after spending five months in the infamous Evin prison, according to Mohabat News service.

Mohammadi was convicted of “broad anti-Islamic propaganda, deceiving citizens by formation of what is called a house church, insulting sacred figures and action against national security.”

Mohammadi was first arrested after security agents raided her home July 30, 2011 in Kianshahr, east of Tehran.  After agents searched her house and confiscated some of her belongings, Mohammadi was taken to Horr Custody Center from where she was transferred to Evin prison.

Mohammadi was released on $150,000 bail after 74 days of solitary confinement in Evin.