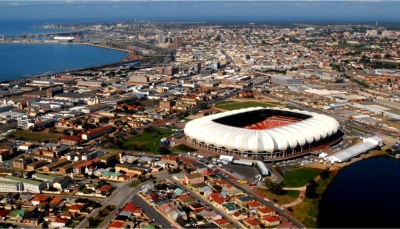 “We’ve lost a lot of ground. And if we, as the Church, are going to take up our responsibility for the character and core values of society, we better get ourselves into a position to influence those.”

Leaders from all of the major denominations, the four mega churches and four key associations representing NMB churches, had all agreed to a transformation framework that identified the church, business, education, government and media as key areas in which they would work together to make a difference in the city from 2012 to 2016, he said in an interview this week.

He said that over the past eight years TCN had been working on building unity among Christian leaders in the city. He said a citywide prayer meeting at the Nelson Mandela Bay Stadium in October had stepped up the level of unity in the city. At the prayer day Christians repented of the city’s “root sins” of division and rebellion. Against this background a meeting of church leaders was called on January 26 and the NMB Transformation Framework 2012-2016 was born.

“For the first time I feel that the church in this city has an agenda for transformation of the city — and that we have the clout because we have the leadership, the know-how and we are ready to deal with the senior leaders in the various spheres of society.

“What is exciting to me is that it has a term from 2012 to 2016, so the church is not going to float along theoretically and theologically. We are actually putting ourselves on the line. We are saying, guys, we are giving ourselves 5 years. We have got to make a difference,” said Jennings.

Significant year for SA Church
He said that 2012 was a significant year for the South African Church because it had abdicated and lost direction since 1994. All of a sudden the church was realising the need to reinvent itself in order to recover its prophetic voice to the nation.

“We’ve lost a lot of ground. And if we, as the church, are going to take up our responsibility for the character and core values of society, we better get ourselves into a position to influence those,” he said.

Jennings said that NMB church leaders with recognised talent and success in the five designated action areas had teamed up to form task teams that would lead the transformation drive in those areas. He said that the task teams were already meeting with each other and with top sector leaders.

“So now that we are working together we can share the load. While previously TCN was working with no resource base, we now have leading churches with all of the infrastructure and all of  their clout, leading the pack: I think that’s the key.”

The church leaders have also implemented a learning network in order to learn from each other on an ongoing basis.

“In five years time we would like every police station to be like Walmer Police Station which won the ‘best police station in the city’ award and acknowledged that it was because of their prayer group,” he said.

When it came to the political infighting that poisoned local government, he said it was not enough for church leaders to write letters to the newspapers.

“We should rather say to each other: ‘Gentlemen, who’s going to see them? (i.e. fighting civic leaders)’ Then the chosen church leaders should ask for an audience with them and say: ‘We have come to pray with you both;  we’ve come to find out what the problem is.”