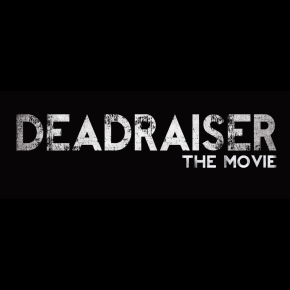 The new documentary, “Deadraiser“, by American “Mountain Light Studios” has recently premiered and started touring throughout the United States. The director and his team were recently in Redding, CA, on one of the stops of their tour, where they showed the movie and had an event here in town. Many of my friends went to the premiere, and my roommate picked me up a copy since I was not able to make it. I put the movie on a couple nights ago, and I’ll let you know what I thought!

First off, kudos to director Johnny Clark and his team for pioneering a movie such as this one; even the title is enough to raise some eyebrows and make others uncomfortable. The movie begins with challenging the status quo in modern Christianity, encouraging believers to believe in the things that Jesus did almost 2 000 years ago and to remember that He has commissioned us to do those same things today. What would those things be that He has commissioned us to do, you may ask?

Heal the sick. Cleanse the lepers. Raise the dead.

A beautiful point is made here, and it is a great reminder of the command that Jesus Himself made, the responsibility He has trusted us with, and the authority we have as sons and daughters of the King!

“Deadraiser” continues with director Johnny Clark outlining his vision – to gather together miracle working/dead raising experts and see what would happen if they came together and united in their vision of seeing God work miracles and raise the dead. He introduces a few men from around the US, they tell of their stories of first encountering God in a supernatural way, and how they captured the vision of being a part of believing that God still raises the dead in our day in age. Their stories are great, honestly, and they find a few others across the country that tell amazing stories as well. The stories really are worth hearing, and bring faith and inspiration as you hear them.

The other part of the documentary involves the “Deadraiser” team traveling about, but quite honestly they never get much done. I don’t mean to criticise, but the “ministry” aspect of the movie falls far short of Darren Wilson’s now Christian classic trilogy. And although I’m certain each of the individuals in the film are amazing men, I have never heard of any of them before. None of them have much credibility from anyone I’ve ever heard of, and there are not really any “trustworthy” names or backers for the movie. I understand the director’s desire to make a film with “Average Joes” who can do miracles and raise the dead, but the “Average Joes” don’t really do anything noteworthy in the film.

At the end, the “Deadraiser” team comes together and the guys each share how much it has meant to them to have met each other and formed lifelong bonds. And they share how they have been blessed to see other passionate believers who are standing for God’s truth and Kingdom. It is a touching ending to the story, to be sure. But I wanted to see someone get raised from the dead in the movie! The one time they began praying for a dead guy, they never said what happened. And they only prayed for one!

In conclusion, “Deadraiser” did an okay job of opening up a new topic for some in Christianity. For most who have been exposed to miracles, signs, wonders, and the Kingdom already, the movie will prove a bit disappointing. Again, well done to the filmmakers for bridging the gap to a previously unseen aspect of the Kingdom. I pray that this documentary will be something that breaks the ice to seeing the dead be raised, and that again we will see the resurrection life of Christ becoming central to the beliefs of the Church as a whole.