The High Court in Pretoria today (Thursday, April 30, 2015) ruled in favour of Robin Stransham-Ford for an assisted death with no legal implications. Doctors For Life say they will definitely appeal against the judgement. See Eye Witness News report. See also comment by Philip Rosenthal of ChristianView Network who says the ruling is “unjust”, “fundamentally flawed for a number of reasons” and “undermines respect for the sanctity of human life and puts South Africa on a dangerous path similar to that of Germany in the 1930s”. 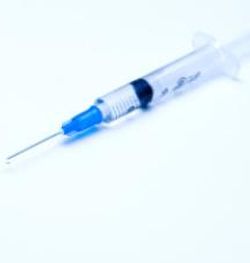 Cape Town advocate Robert Stransham-Ford, who is terminally ill with prostrate cancer, will know on Thursday (April 30, 2015) whether the high court in Pretoria will grant him an order allowing a doctor to assist him in dying.

He asked Judge Hans Fabricius on Wednesday to declare that he may end his life by way of assisted death.

The 65-year-old, who said he would like to die with dignity, is asking for an order that will allow him to ask a medical practitioner to end his life. As the law currently stands, assisted suicide is illegal and the doctor who assists a patient in this regard can be criminally prosecuted.

Stransham-Ford, however, is asking Judge Fabricius to declare that the medical practitioner who assists him, not be held accountable in any way – either criminally or civilly.

The ministers of Health and Justice, the Health Professions Council of South Africa and the National Director of Public Prosecutions were all cited as respondents. Doctors for Life and NGO Cause for Justice were added as friends of the court.

While all of them opposed the application, most of them by late Wednesday conceded to a possible draft order, which will allow Stransham-Ford to be assisted in dying.

This proposed draft is expected to be streamlined on Thursday, after the input from counsel of Justice Minister Michael Masutha, who first has to take instructions overnight. Judge Fabricius will only then make his final order.

Stransham-Ford, a well known advocate, was recently diagnosed with terminal prostrate cancer and doctors confirmed that he is dying. All of them were adamant that he will die of renal failure.

“My prognosis is that I shall die within two or four weeks. I have been in constant, extreme pain since January and I am unable to get out of bed…I am becoming weaker by the day,” he said in an affidavit.

He said it is a gross violation of his basic human right to dignity to deny him to end his life by euthanasia or assisted suicide by a doctor.

Stransham-Ford made it clear he will not force any doctor to assist him, but he wants the reassurance that the doctor who eventually assisted him, would not face legal action.

The gist of the legal arguments to court was that the judge cannot order something which is unlawful, to be lawful. It was said that the right to life is very important in our country and this was reiterated when the death penalty was abolished.

Further arguments pertained to the real possibility that if this order was granted, it would open the floodgates for similar applications. It was argued that the poor and indigent did not have the financial means to turn to court.

Judge Fabricius made it clear that if he was to grant the order, there will be specific guidelines in place and that each case would be dealt with on its own merits.