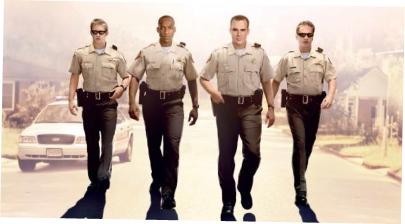 The good news is that the Christian blockbuster movie, Courageous, opens in South Africa on Saturday January 27. The bad news is that it is only being screened in five cities.

The film, which is a call to fathers to be real fathers, and which has significantly impacted hundreds of thousands of viewers in other parts of the world, is being released on a select basis in 15 cinemas in Cape Town, George, Johannesburg, Pretoria and Durban.

On December 1 Gateway News co-hosted a private screening of Courageous at the Ster-Kinekor Bridge cinema in Port Elizabeth. The audience was blown away by the movie, but PE, along with many towns is not getting a look in with the release.

Humble Pie Entertainment director, Peet Louw said: “We have tried our best to have the movie released in more cinemas…but were not successful.Keep in mind that we are only marketing the movie..its is not our movie…Sony Pictures Entertainment is releasing the movie.”

Louw said Humble Pie would welcome emails from disappointed moviegoers requesting that Courageous be shown in their town or at their local cinema. Emails should be sent to events@humblepiegroup.com.

” We will use those e-mails and compile a detailed request with those complains to the studios to motivate a wider release of the film,” he said.

Courageous, a movie by the makers of Fireproof, combines great action, great comedy, great drama and a powerful message about Godly living and the serious challenge of fatherhood. In brief the film tells the story of four tough cops and a carpenter who discover they need to become better fathers.